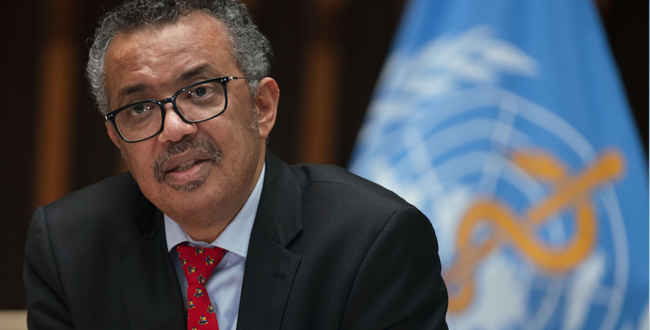 The World Health Organization warned Friday of a “new and dangerous phase” of the coronavirus pandemic with people tiring of lockdowns despite the disease’s accelerating spread.

The warning came as it emerged the virus was present in Italy in December, months before its first confirmed cases and about the same time as the disease was first reported in China.

The virus, which has now killed more than 454,000 people and infected 8.4 million people worldwide, is surging in the Americas and parts of Asia even as Europe starts to ease restrictive measures.

Lockdowns imposed to halt the spread of the disease have caused crippling economic damage, but the WHO said the pandemic still posed a major threat.

“The world is in a new and dangerous phase. Many people are understandably fed up with being at home… but the virus is still spreading fast,” WHO chief Tedros Adhanom Ghebreyesus told a virtual press conference.

A vaccine remains months off at best despite several trials, while scientists are still discovering more about the virus, its symptoms and the extent to which it may have spread before being identified.