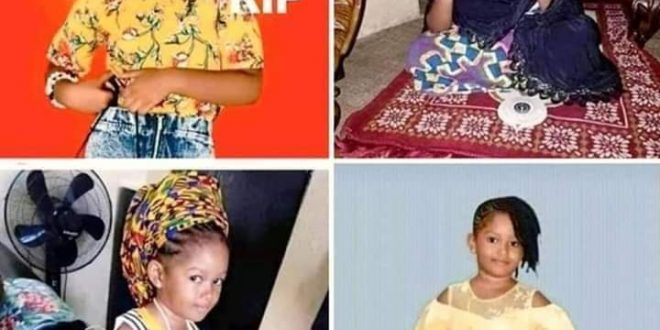 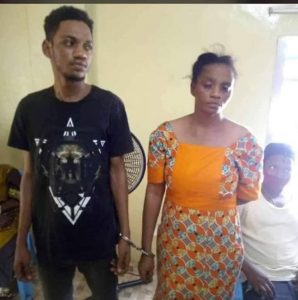 5yr old girl Kadijah is dead. she didn’t die from her sleep, and it wasn’t malaria or typhoid that killed her. It wasn’t!

It was her cousin that killed her.

This boy is her cousin, the son of kadijah’s mother’s elder sister.

Why wouldn’t she trust her own elder sister, the same mother and father? Didn’t they teach us BLOOD IS THICKER THAN WATER? THEY TAUGHT US NA.

Well, the two kids stayed with their aunt, but sadly their elder cousin who is the son of their aunt was raping them.

He raped the first daughter who is 8yrs; his mother knew and kept it away from her younger sister the mum of the poor girls;

she secretly started treating the girl as per doctor and nurse.

Emboldened by what he has done, and seeing that his mother didn’t caution, he entered the last girl Kadijah who is just 5yrs; after destroying the private part of the first daughter…..

. Again the mum hid it from her sister, their mum and started treating the 5yr old girl as well, doctor who now has two patients, but unfortunately Kadijah didn’t survive.

She died as a result of the painful rape.

Then the woman, called her younger sister, crying that Kadijah is dead and she doesnt know what killed her, and she is about to bury her.

The father of the girl, who is the husband of her younger sister said, you can’t bury my daughter, bring her to me.

So he took her for autopsy, were it was revealed that this 5yr old was repeatedly raped.

The second daughter who is 8 was also sent for examination, and the doctor said her womb have scattered beyond repair. This devil and his evil mother has been arrested.

Her testimony: She said it was out of mother’s love, that’s why she didn’t report her son and she didn’t tell her younger sister (their mum.)

She went further to say that she tried her best to treat the poor girls.!

Previous Ghana President apologises to Nigeria, orders investigation
Next Gov. Obaseki says No Cause For Alarm, I Will Participate