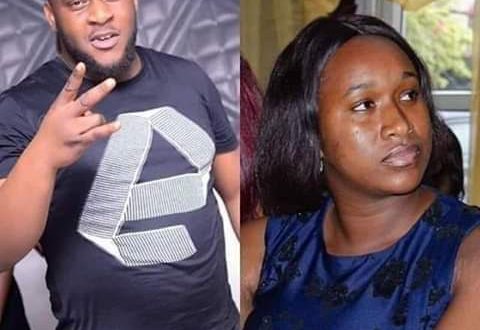 Revealed : Truth about man who allegedly kill self & wife brutally

To set the records straight, the Late Olamide didn’t have a child outside her relationship.

The so called Femi who his real name is Chris Ndukwe, a serial killer that kills his lovers escaped from Porthacourt where he tried to kill his ex who he threw down a two storey building some years back but fortunately the babe survived and has been relocated to Canada by her family.

He happened to lie to Olamide she met him and fell in love in her second year, had a child for him then when she finished school a second one came.

Her parents are like you guys are love why not tie the knot and wedding was fixed for next month. Olamide lives with her parents. The so called Femi asked her to come and visit with the kids.

Olamide went with her nanny not her sister ,as was widely reported. On Sunday he sent his security man around 10 to get him tape which the guy did.

In the evening he asked Olamide to come join him in the room, he was almost drowning a bottle of Hennessy XO, he put on music very loud and tied her to the chair and taped her mouth, used a plier to remove her braids one after the other, then he plucked her eyes, stabbed her 11 times before she died,

Now this so called Femi moved into that house 3weeks ago as he was planning to settle down with her. To set the records straight a paternity test is being carried out by her parents.

Inside sources revealed to YOU NEWS that “Because the said kids all look like their dad but her parents want to set the records straight. Femi’s family have been alerted and they are on their way from Enugu today.

“I wonder why blogs won’t verify news before they publish. This gist is first hand from Olamide’s family. So this guy is mentally sick and this is not the first time he has attempted to kill his lover. He isn’t alive to testify, that’s quite unfortunate.

“This guy is a serial killer, we need to be alert now the days are evil. A lot of danger lies ahead for so many, so many people are bipolar and mentally sick.