Home » Entertainment » Celebrity » All set for PDP primaries in Edo ! 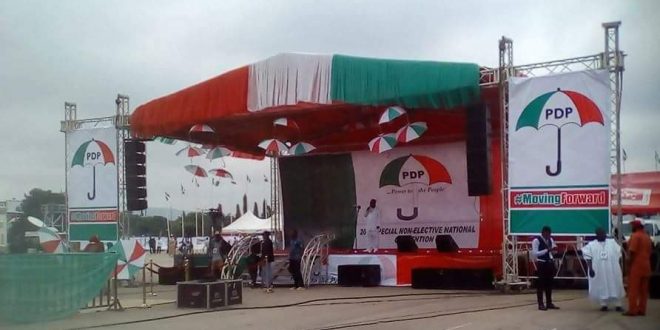 All set for PDP primaries in Edo !

The poll will take place at the Samuel Ogbemudia Stadium, Benin city and PDP will be picking its candidate through an indirect primary mode.

The governorship primary election of the Peoples Democratic Party (PDP) will be aired on live television on Thursday.

The exercise will be broadcast on Africa Independent Television (AIT), Nigerian Television Authority (NTA) and Channels Television among others.

The winner will face Osagie Ize-Iyamu, candidate of the All Progressives Congress (APC) in the election.

Tags All set for PDP primaries in Edo ! slideshow

Previous 5 murdered within weeks @ same spot in Ibadan
Next Presidency: We’ll not engage in street fight with Ghana over demolition