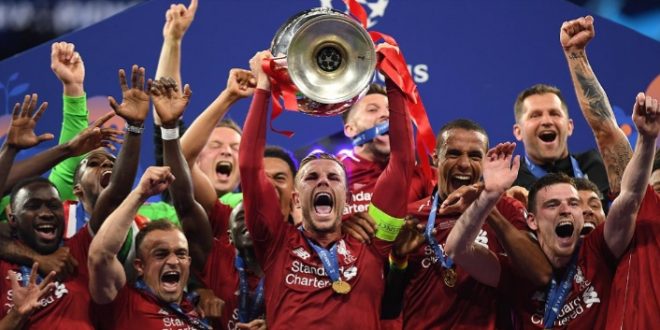 The Red’s 86 points put them 13 points ahead of second place Manchester City who have 63 points.

Liverpool’s last top-flight league title, their 18th, came in 1989-90, when Kenny Dalglish led them to victory.

Since then the closest they have come is last season, when Jurgen Klopp’s side garnered 97 points but were edged by a point by Pep Guardiola’s City.

Having drawn at Everton in their first game after the lockdown and then beating Crystal Palace, Jurgen Klopp’s side have now clinched the title.

Previous Buhari mourns Ajimobi, says , “he died when we need him most”
Next Arsenal Beat Southampton To End Losing Streak As Burnley Sink Watford