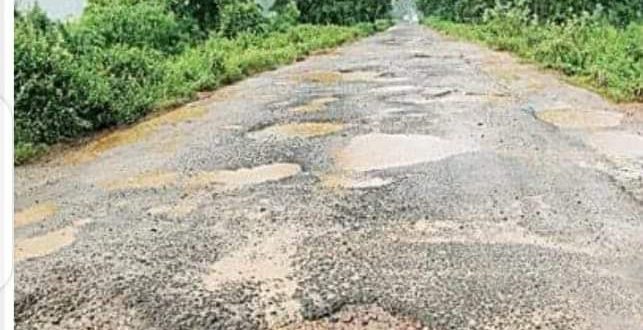 The Federal Executive Council (FEC), on Wednesday, approved various civil works worth above 137 billion across the six geopolitical zones of the country, including the dualization of Akure-Ado Ekiti road.
Addressing State House Correspondents, Ministers of Works and Housing, and his Information and Culture counterpart, Mr Babatunde Fashola and Alhaji Lai Mohammed respectively, said the works were were under the Ministry of Works and Housing, as well as the Office of the Secretary to the Government of the Federation (OSGF).

For the projects under the Ministry of Works and Housing, Mr Fashola said seven projects worth N122.280 billion were approved, cutting across various states.
He also explained that the projects, which he said are road construction, were approved for implementation in the 2020 Budget

“The Ministry of Works and Housing presented memorandum for the award of a couple of roads across the country. There are seven roads in all. The roads were valued at a total sum of N122.280 billion expected to generate employment for about 2564 people.
“Dualization of Akure to Ado Ekiti road connecting Ondo and Ekiti states at the sum of N23. 751 billion, Construction of Ukana-Akpautong-Ikot Ntuen road in Akwa Ibom State, for N1. 538 billion,construction of Iluke-Aiyetoro Kiri-Abugi-Eggan road in Kogi State for , Kogi State for N25.352 billion.

Presenting the report of memo by the OSGF for 11 ecological projects across the six geopolitical zones of the country, the Minister of Information and Culture Alhaji, Mohammed, the total sum for the projects was put at N14, 907,754,845.

“Memo presented, on behalf of Mr President, by the Secretary to the Government, we sought approval for the award of contract for emergency procurement of the third and fourth quarters 2019, soil erosion, flood control, acceleration intervention projects in favour of 11 contractors, in total sum of N14,907,754,845.

“The projects, which are 11 in number, are spread across the six geopolitical zones of the federation and I’ll just run through them. The first is a gulley erosion control at Ogige-Uruala-Chikabi-Ajibara in Isikwato local government area of Abia at the sum of N896,959,169.75, with completion period of six months.

“The second is erosion control and road improvement works at Ezeoke-Nsuelime, Mbaeno local government area of Imo State for the sum of N965,196,290, with the completion period of 11 months.

Then there’s a dredging of Tejuoso-NTA Canal, Railway Stadium via Alaska Estate, Surulere, which has been awarded for N1,892,006,000, with a completion period of 12 months.

“Then we have the construction of the 3 kilometre trapezoidal drain at Oluomo, Orile-Ifo by Abe-koko, at Odo-eran in Ifo local government area of Ogun State, which is for another N1, 067,051,000.

The fifth is the shoreline protection and reclamation works for Emadike Phase 2 in Bayelsa State for N4,512,019,137.

“There’s also the construction of road and drainage network within Mobupolo area of Maiduguri Metropolis for the sum of N1,474,493,000. Then there’s the flood and directional control works in Gashau and Nguru local government area Phase 2 in Yobe State for the sum of N1,169,900,074.

Previous Presidency: We’ll not engage in street fight with Ghana over demolition
Next 500 Delta Airlines staff are Covid positive, 10 die