Home » Events » Why Ajimobi was nicknamed Archipelago while in school 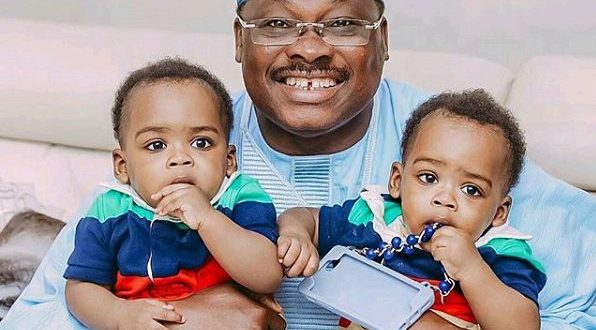 Why Ajimobi was nicknamed Archipelago while in school

Late Isiaka Abiola Ajimobi was a Nigerian politician, former senator of the Federal Republic of Nigeria and ex-Gov.of Oyo State. His grandfather was Sobaloju of Ibadan Land (a chief in the royal court of Ibadan). His uncle, Hon. N.A. Ajimobi was the minister of works and transport in the Western Region. His father, Pa Ajimobi, was also an Honourable member of the House of Assembly in the Old Western region.

Ajimobi was born on December 16, 1949. He is happily married to Mrs. Florence Ajimobi with five lovely children. Whilst in school he was nicknamed Archipelago because he was very active in sports.!

This came after several rumours of his death last week.
He died at a private health facility in Lagos where his wife Florence was earlier discharged of the same symptoms.

Ajimobi, born 16 December 1949, was formerly the managing director/chief executive officer of the National Oil and Chemical Marketing Company, a subsidiary of Shell Petroleum, Nigeria. He left the oil sector in 2002 after 26 years, and was elected in 2003 as a Senator of the Federal Republic of Nigeria representing Oyo South Senatorial District on the platform of the Alliance for Democracy (AD).

After one term in the senate, he contested in 2007 for the governorship of Oyo state under the banner of the All Nigeria People’s Party, a bid which he lost. He re-contested again in the April 2011 elections under the Action Congress of Nigeria and was elected Governor of Oyo State in a closely contested vote

Tags slideshow Why Ajimobi was nicknamed Archipelago while in school