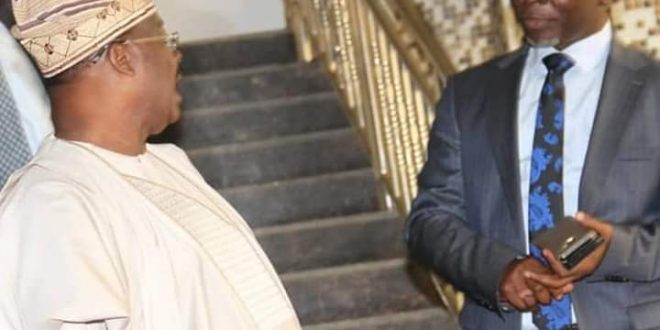 Ajimobi’s spokesperson carpets Makinde over half mast flag a day

With these and more, Ajimobi’s spokesman, Bolaji Tunji, this Monday morning has  fire another salvo.

“Any attempt to spin falsehood against the Ajimobi family will not fly. We know what we know. If as you claimed that you could not get through by calls what stops you from sending text. That would exonerate you. No one should play politics here.

Flags at half mast for a day? Nonsense. After 8 years of service.

Even for each of the terms would give you two days. It is the least you could have done. So what stopped an obituary adverts in the newspaper, or you could not get in touch with the newspapers too? Foolish, irrational excuse.

Those excuses will not fly, you cannot now start to whitewash what is not.
We have always known that the ethos of an Omoluwabi is seriously lacking. Yoruba ki fi ku yo ‘yan. Not coming from a younger person. A major defect in upbringing. Gloves are off.