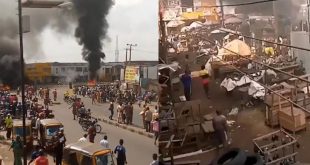 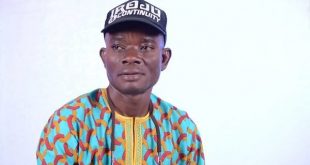 More revelations emerged on Thursday about Wednesday’s tanker explosion that claimed more than 20 lives at the Felele area of Lokoja, Kogi State capital.

Mr Samson, popularly known as Sabere D’owo (making fortunes from fashion designing), had hoped to make this year’s Christmas a memorable one with thanksgivings to God on the dedication of his house, a neighbour of one of the victims revealed.

It was gathered that Samson started off as a tailor, but with hard work, dedication and commitment within a few years, transformed to being the leading sewing machine merchant in the state. He was a household name in the state’s tailoring and fashion industry.

Samson, in his 40s, was a lover of his family and everyone around him. His family of four children – Elizabeth, Mercy, Joshua and Isaiah – and his wife, had no premonition of any disaster when they took off in the morning from their house, beside 4Season Restaurant on Felele end of the Lokoja-Abuja expressway.

As was their tradition every morning, Wednesday was not different as the family gathered for their morning devotion. Samson, a well-respected member of First Baptist Church, Lokoja, never toyed with the family communion with God. After which he would wash his newly acquired Highlander SUV before setting out for the day’s work, after dropping off his children in school and his wife in her shop, a stone’s throw from his own.

But on Wednesday, the world of the Samsons turned black as few meters from his home, close to the main campus of the Kogi State Polytechnic, a petroleum tanker laden with Premium Motor Spirit lost control and rammed into his SUV before exploding into flames.

That was the moment that wiped out Samson, his wife, three of his children and a friend’s child who he was to drop in school.

A neighbour, who simply identified herself as Mama Elijah, wept uncontrollably as she said they have lost a gem and dependable neighbour. She said when the family left the house some minutes after 7:00a.m. they had bid them good tidings, not expecting any harm to befall them.

She said: “Samson came to the area before I and we had lived together in peace for more than 15 years. In all these years, I have never seen him or the wife having altercation with anybody. They were such a peaceful people who mind their business.

“It is lamentable that the entire family was burnt in a tanker accident, but I am glad that his only surviving son, Isiah Samson, aged 26, who is in a boarding school at Ogbomosho, Oyo State is left standing. I pray for him to have the fortitude to bear the loss. As a Christian, we cannot question God, but all I have to say is for God to forgive their sins and accept them into His bosom.”

Mr. Sunday Adewale, who lost a loved one to the accident, blamed the government for not equipping fire service agency in the state. He decried the slow response of both the Federal Fire Service and the state fire agency, with both lacking the needed equipment to combat the inferno.

He added that had the fire service been functional, the number of casualties wouldn’t have been so high as some of the victims were trapped and were crying for help, which never came.

The Commissioner for Works, Abubakar Ohere, didn’t pick his calls. The Federal Roads Safety Corps (FRSC) in the state put the figures of fatality at 23 persons, as 10 vehicles were involved in the accident.

One of the survivors, Mallam Raji Eneye Musa, Deputy Registrar, Kogi State Polytechnic, said it took God for him to escape death. Speaking with The Guardian in Lokoja after the accident, he said they were five in his car, including one of his daughters.

He said immediately he entered the main road, he did not see any tanker behind him but when he slowed down to take a bend to the road leading to his daughter’s school, he noticed that his car had been hit from behind by a petrol tanker, adding that the force of the impact pushed his car out of the road to land across a culvert, metres away from the scene.

It would be recalled that this is the third fuel tanker accident within three years on the same road. On July 28, 2017, it was reported that about 10 persons were burnt beyond recognition while six others sustained serious injuries in a crash involving a fuel tanker and a commercial bus in Felele.

The second one was on November 18, 2019, killing eight persons, while seven others sustained injuries as a tanker rammed into other vehicles on its descent around the Felele axis.

Meanwhile, the Kogi State government has declared a two-day mourning as a mark of respect for the 23 victims of Wednesday’s tanker explosion. This was contained in a statement signed by the Commissioner for Information, Mr Kingsley Fanwo, yesterday.

Fanwo urged residents of the state to use the period for a sober reflection as well as pray for the victims and their relations, adding that Governor Yahaya Bello was deeply touched by the incident.

Fanwo said the government would carry out full investigations into the accident to determine the immediate and remote causes.

Also, the management of the Kogi State Polytechnic has declared three lecture-free days in memory of those that died in Wednesday’s tanker explosion. The tanker explosion took place about three kilometres from the polytechnic’s main gate, claimed the lives five students of the institution.

The school management, in a statement issued by the Head, Public Relations and Protocol Unit, Mrs Uredo Omale, said the decision was reached at the end of an emergency meeting of stakeholders.

Omale further disclosed that three other staff members of the school who survived the accident sustained varying degrees of injury.

It read: “The management of the Kogi State Polytechnic has declared Wednesday 23rd to Friday 25th September, as lecture-free days in honour of members of the polytechnic community affected by the inferno caused by the tanker explosion.

“The decision was reached at an emergency stakeholders meeting of the institution immediately after the most regrettable incident. The stakeholders resolved that normal academic activities are to continue on Monday, 28th September.

In a reaction, President of the Senate, Ahmad Lawan, commiserated with the families of victims yesterday. In a statement issued by his Special Adviser on Media, Ola Awoniyi, Lawan expressed grief over the accident.

“It is sad and totally unacceptable that such tragedy keeps recurring on our roads despite ample road safety regulations and enforcement personnel. While we mourn those who have so unfortunately lost their lives and pray for the speedy recovery of those who are injured, the incident underscores the need for constant review of our road safety strategy and mechanism with a view to making them more effective in preventing carnage on our roads.”

“The explosion is an urgent reminder of the need to prioritize road and rail infrastructure development in Nigeria. Our hearts go out to families that lost persons and wish them the fortitude to bear the irreparable loss.”