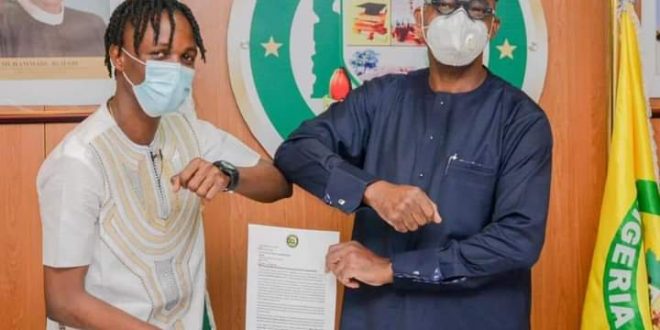 The winner of the Big Brother Naija, Olamilekan Agbelesebioba, popularly known as Laycon, who already has a cash reward of N30 million, a house, a car, all expense paid travels and beverage supplies for a whole one year, was again gifted with N5 million by the Ogun State governor, Dabo Abiodun.

For many Nigerians, the decision of the Ogun governor to celebrate the reality show winner was a misplaced priority.

An Abuja based medical doctor, Dr Chukwuemeka Anene, recalled that during the administration of the former governor of Anambra State, Peter Obi, best graduates from the state are the ones who get a red carpet celebration not reality show winners.

He said: “Are our leaders not clowns? What was given to the best graduating students from the many Ogun state owned higher institutions? But the governor is hyperventilating over a winner of a show that has little or nothing to motivate our youths intellectually. Nonsense,” he said.

Anene then added: “I will always praise Peter Obi, the Okwute ndi Igbo. During his time, he gave one million Naira to all Anambra state indigenes who made First Class in any course of study from any university in Nigeria and beyond. My sister benefited. She was given automatic employment as a teacher. These governors we have now are clowns and they all lack vision,” he said.

Curiously, while the Ogun Governor gave Laycon N5 million plus appointed him a youth ambassador for winning the BBNaija reality television show, he in contrast offered only one best graduating student of the Ogun State Institute of Technology, Igbesa, employment and gave N50,000 to other students from the state who graduated with distinctions.

Gov. Dapo Abiodun missed it!
So Leycon of the #BBNaija Fame is supposed to be an Ambassador for youths in Ogun State? This is misplaced. What can he inspire youths to do? Enter for Big Brother? Live right? Stop gambling and 419? Governor Dapo Abiodun has missed it big time!

To add insult to injury they are offering him accommodation and a cash.prize for what? Romancing women on live TV? Flirting and frolicking? Could the Governor not take the best student in Ogun State University Ago Iwoye or Tai Solarin University and make them an ambassador? Priorities grossly misplaced. How do we change the value system?

There’s no point to be missed. Any inmate from #BBNaija represents the mundane and base instincts of people. The youth of Ogun State deserve better. An ambassador should be a beacon of hope a shining light, not a symbol of degradation and corruption.

It’s becoming more difficult to convince our children to believe that education is the key to success. Just watch out; the number of young people that will register for BBN auditioning next year will blow your mind.

Are We promoting sheer stupidity, Laziness and moral decadence in Africa without blinking an eye.?

Leaders who knows nothing about development of a sound society are wrecking this country with their ineptitudeness and emptiness.