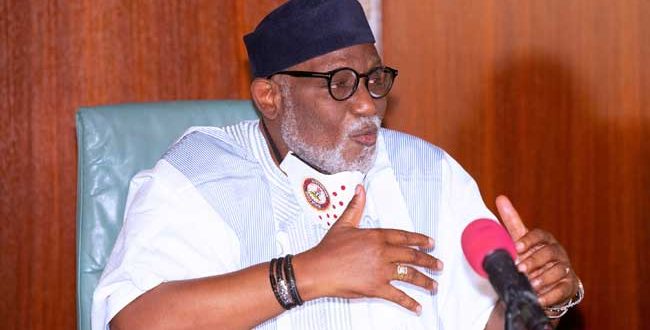 The Governor of Ondo State, Arakunrin Oluwarotimi Odunayo Akeredolu, SAN has directed that Friday, October 9, be observed as work-free day for workers in the State public service.

The Governor’s decision comes on the heels of the Governorship Election scheduled for Saturday, October 10. It is specifically approved as such to enable workers have enough time to embark on adequate measures aimed at preparing themselves for the election.

In a statement issued and signed by the commissioner for Information and Orientation, Donald Ojogo stated that the holiday would also enable workers to travel to the areas where they are registered to cast their votes.

The Governor advised eligible voters to be law abiding throughout the period of the exercise saying that they are equally encouraged to take maximum advantage of the adequate security measures already put in place to exercise their voting rights without any fear of harassment, intimidation and molestation.

Governor Akeredolu therefore wished all stakeholders, especially the workers in the Public Service, the best of luck as they exercise their civic responsibility.