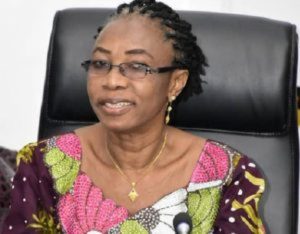 The Kogi Government has issued a query to Mr Usman Ibrahim, the Permanent Secretary in the state’s Ministry of Commerce for his alleged role in the bread levy saga in the state.

On Nov. 9, the Kogi State Ministry of Commerce and Industry wrote to the chairman of the state’s branch of the Association of Master Bakers and Caterers of Nigeria (AMBCN), introducing a company to collect a so called bread levy from members of the association.

The development sparked an outrage nationwide, prompting the State Government to deny the introduction of the levy.

The state’s Head of Service, Mrs Deborah Ogunmola, issued the query letter to Ibrahim in Lokoja on Tuesday.

Ogunmola in the letter, dated Nov. 17, said that Ibrahim had on Nov. 9, signed and addressed a letter to the state’s branch chairman of AMBCN on the subject of introducing an identified consulting company.

According to her, the letter also touches on payment of levies on bread by all bakers and caterers doing business in and across the state.

Ogunmola accused the permanent secretary of acting without due approval of the state’s commissioner of commerce and industry.

She said that the permanent secretary had also failed to provide a file documenting the approval for the dissemination of such information.

The head of service directed the permanent secretary to answer the query within 24 hours and explain why disciplinary action should not be taken against him.

The letter said that Ibrahim’s action contravened the provisions of Public Service Rules, Section 4 – 030402 (1), (N) and (O), which may lead to his dismissal from service.

Napoli’s stadium has been renamed after Diego Maradona in memory of the late Argentine who ...