Home » Trending » Business » What you need to know on the markets this week: the future of Ethereum 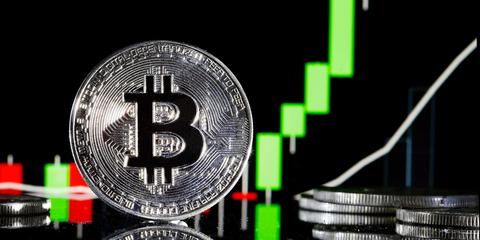 What you need to know on the markets this week: the future of Ethereum

The army of Reddit day traders appears to be moving on, having pumped up everything from cryptocurrencies, to tiny biotech stocks in the last week, now that their firing up of GameStop, AMC, Nokia and co seems to have mostly run its course.

This coming week, we’ll be looking at the future of Ethereum , the pickup in consumer inflation and what the major forecasters are saying about the outlook for oil, now the price is trading around one-year highs.

The dawning of the age of Ethereum

Another week, another cryptocurrency at a record high. Earlier in the year, it was bitcoin, then XRP , then “meme token” DogeCoin, which got swept up in the Reddit-driven trading frenzy and given an extra shout-out on Twitter by Tesla CEO Elon Musk.

This time, it’s Ethereum grabbing the headlines. The second-largest cryptocurrency by market value after bitcoin has seen the price soar by more than 25% this week to record highs above $1,600. It’s not just down to the Wall Street Bets guys, either. Exchange operator CME group will launch its first Ethereum futures contract on February 8, another offering in the crypto market alongside its bitcoin futures and options.

At the same time, crypto fund manager Grayscale reopened its Grayscale Ethereum Trust, after having closed the fund to new investors in late December for “administrative purposes.” In this week alone, the trust has seen inflows of nearly 100,000 ETH. Grayscale now manages nearly $5 billion in Ethereum.

JPMorgan estimates that initial volumes in Ethereum futures are likely to be low, much like bitcoin in the early days, but this will change quickly.

“The listing of CME bitcoin futures coincided with all-time highs in bitcoin prices, and researchers at the San Francisco Fed suggested that, by providing a market where bearish positions could be more readily expressed, the listing of these futures contributed to the reversal of bitcoin price dynamics,” JPMorgan analysts led by Nikolaos Panigirtzoglou said in an note last week.

“In a similar vein, it may be that this week’s listing of ethereum futures contracts will be followed by negative price dynamics by enabling some holders of physical ethereum to hedge their exposures,” they said.

slideshow What you need to know on the markets this week: the future of Ethereum 2021-02-10
Younews Ng
Share

Tags slideshow What you need to know on the markets this week: the future of Ethereum