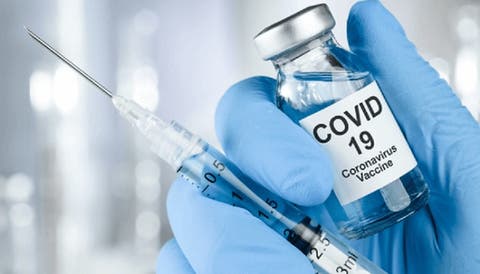 The National Primary Health Care Development Agency (NPHCDA) has revealed that a total of 8,439 mild adverse events following immunisation (AEFI) had been reported since vaccination began in March.

Dr. Faisal Shuaib, the executive director and CEO, NPHCDA, said this at a press conference by NPHCDA and World Health Organisation (WHO) on Friday in Abuja, on the status of the COVID-19 vaccination in the country.

“Out of over a million persons given the Oxford-AstraZeneca COVID-19 vaccine in Nigeria, 8,439 persons have suffered mild Adverse Events Following Immunisation (AEFI), and 52 persons moderate to severe adverse events on receiving the jab.

“While the mild reactions include body pains and swelling, the moderate to severe adverse events presented were fever, vomiting, diarrhoea headaches, dizziness and allergic reactions,” he explained.

The ED further said five states had the highest records of the AEFI namely: Kaduna (970) Cross River (859), Yobe (541), Kebbi (511) and Lagos (448). He said these cases were being investigated to ensure they were caused by vaccination.

Shuaib restated that there was currently a global shortfall of COVID-19 vaccines, forcing the federal government to reassess vaccine supply forecasts.

He said this prompted the decision to ensure that everyone who had taken the vaccine in the current phase received the second dose before the next consignment was delivered to Nigeria.

“Furthermore, as a result of this overall programme review to meet the challenges of global vaccine demand and supply mismatch, and the late commencement of the vaccination in some states, we are expanding the eligibility period between the first and second doses of the vaccine from 12 weeks to between eight to 12 weeks.

“This is still in line with the scientific recommendation provided by the World Health Organisation’s Strategic Advisory Group of Experts (SAGE on immunisation) that the two doses of the vaccine be given at an interval of 8 to 12 weeks,” he explained.

The NPHCDC boss also said the administration of the first 3.94 million doses of the vaccines recieved from COVAX would end before its expiration in July.

On vaccine acceptability, he explained that the NPHCDA planned to engage more at the community levels across the country, by organising zonal town hall meetings across all geopolitical zones to facilitate the discussions around COVID-19 vaccination in Nigeria from 20th April.

He noted that the over 200 million cases of AstraZeneca vaccines had been administered globally.

In vaccine availability and equity, Kazadi said the WHO was currently pressuring wealthy countries hoarding the vaccines to release them so that they could redistribute doses and make them available through the COVAX mechanism or through bilateral agreements to countries that needed them the most.

He added that WHO was all engaging the manufacturers for technology transfer, so as to have more sites that could manufacture the vaccines and scale up production.

The country representative emphasised the need for Nigeria to follow the vaccination plan to ensure that priority groups were prioritised.

For the country to achieve herd immunity against COVID-19, it had set an ambitious goal of vaccinating 40 per cent of its over 200 million population before the end of 2021, and 70 per cent by the end of 2022.

The country kicked off vaccination since March 5, 2021. The country commenced vaccination with healthcare workers who are mostly at risk of infection being the first responders.

The immunisation agency said as of April 15, just 1,051,096 shots had been administered in 36 states and the Federal Capital Territory (FCT).

It noted that the proportion of eligible people vaccinated in the country was 52. 2 per cent as of April 15.

The country took delivery of 3.94 million doses of the Oxford-AstraZeneca vaccines through COVAX, an UN-backed effort that promises access to free vaccines for up to 20 per cent of participating countries’ population.

The delivery is part of an overall 16 million doses planned to be delivered to Nigeria in batches over the next months.

Asides, on March 21, the country received another 300,000 doses of same vaccines from telecom giant, MTN.

On April 6, the government of India also delivered 100,000 doses of Covishield COVID-19 vaccines to Nigeria.

The Covishield, a brand of the Oxford AstraZeneca vaccine, is used in over 71 countries including the UK, Canada, India and Brazil.

With only about 4.4 million doses of COVID-19 vaccines available in the country, Nigeria is still far from reaching its set target, according to health experts.

Due to limited doses of vaccine availability, the Federal government directed the states to halt vaccination once they had used half of the doses allocated to them.

The government said the directive became necessary since the country was not sure when next batch of AstraZeneca vaccines would arrive the country.