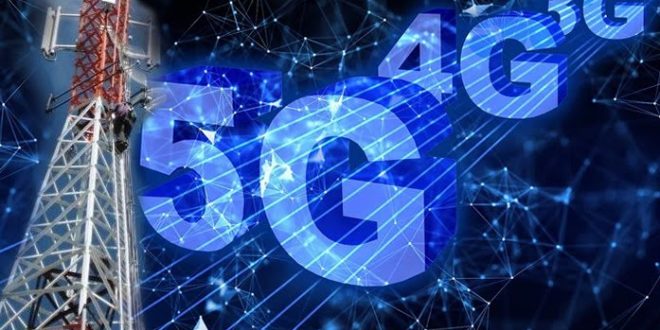 The Federal Government of Nigeria has announced its intention to deploy the Fifth Generation (5G) Technology in the telecommunications industry soon.

While allaying fears of any danger to health and security over the deployment of 5G, the government said the resources and revenues to be earned from its deployment are so huge they cannot be ignored.

The MoU between the two agencies will lay the foundations for the acquisition of Frequency Spectrum suitable for the deployment of the technology in the country.

Danbatta said the NigComSat had the appropriate technology to facilitate the deployment.

“Amongst the Frequency Spectrum bands allocated to 5G by the International Telecommunications Union (ITU, the C-band (3.4GHz – 3.9GHz) stands out because its balancing point between coverage and capacity provides the perfect environment for 5G connectivity.

“The Commission initiated a negotiation with NIGCOMSAT whom in our estimate could make some adjustment to its satellite operation and release part of its Spectrum holding in the band to facilitate the deployment of 5G in Nigeria.

“The two agencies have been in discussions on how to relocate the operations of NG-1R to the standard C-band 300MHz (3.9GHz – 4.2GHz) potion of the band, which is more suitable in terms of Satellite service offering because the end-user terminal is cheaper there while leaving the non-standard C-band 400MHz (3.5GHz – 3.9GHz) portion of the band for 5G use,” Danbatta said.

The Managing Director of NigComSat, Dr Abimbola Alale, lauded the committees set up by the two agencies for doing a thorough job, adding that the MoU would change the narratives of the digital and telecommunications industry in the country.

Chairman of the NCC board, Prof Adeolu Akande, said recently, several administrations had begun to license Spectrum for commercial deployment of 5G.

Prof Akande, who said 5G services had already been deployed in United States of America, South Korea and many more countries, said telecommunication evolution from inception to date had led to improvement in user experience witnessed from 2G, 3G and later 4G.

“The global impact of 4G brought about increases in mobile usage and network performance.

“5G will build on this momentum, bringing substantial network improvements, including higher connection speeds, mobility and capacity, as well as low-latency capabilities.

“5G does not only offer enhanced broadband and ultra-reliable latency communications but also provides massive machine-type communications, where a lot of devices will seamlessly connect and independently interact with the internet without human intervention,” he added.