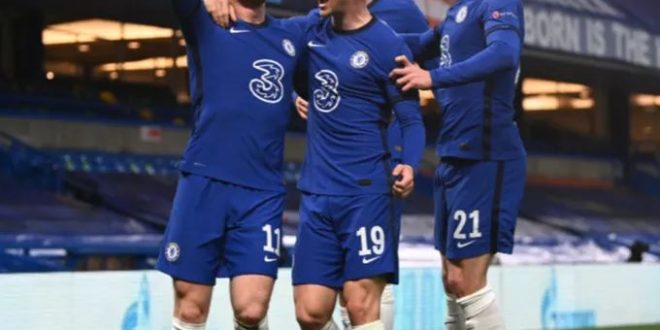 Two Premier League heavyweights face off at the Etihad this evening in a small preview ahead of the Champions League final later this month.

While focus on the European showpiece in Istanbul is far away at the moment, City could wrap up the Premier League title this weekend if they beat Thomas Tuchel’s side, who have lost just twice in 24 matches since the German took charge.

Chelsea have already beaten City under Tuchel’s watch as well with the Blues winning 1-0 at Wembley in the FA Cup semi final last month.

The Blues need to keep up their momentum in the race for the top four as well this weekend. Tuchel’s men occupy the final Champions League place, three points ahead of West Ham in fifth with four games to go.

Spurs are a further two points back in sixth while Liverpool another couple of points away from Spurs and seven behind Chelsea.

Tuchel will be without Mateo Kovacic for an eight game in a row this afternoon with a hamstring injury but the midfielder is the only injury absentee for the trip to the north west.

In summary, Chelsea have won 2-1 at the Etihad after an excellent second-half performance.

Raheem Sterling put City ahead in the first half and the hosts should have a second but Edou Mendy saved Sergio Aguero’s Panenka penalty.

Hakim Ziyech struck an equaliser in the second half and in the dying moments, a combination of Marcos Alonso and Callum Hudson-Odoi bundled the ball beyond Ederson to deny City winning the title today.