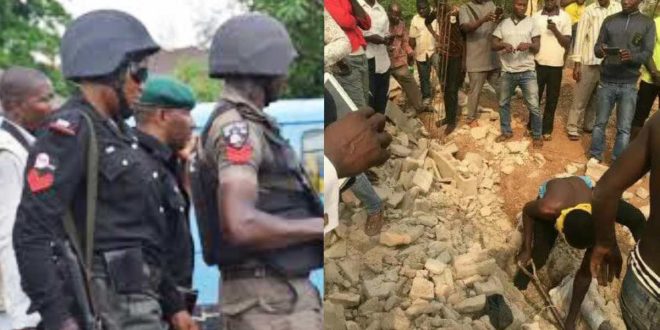 A truck loaded with ammunition on fell on Sunday in Onitsha, Anambra State.

It was gathered that as soon as the truck fell into a ditch and spilled its content, live littered the road.

The driver of truck was said to have been arrested by the police, while his conductor manage to flee.

A source said, “The incident occurred on the Awka Road. It was discovered by those going to the church early in the morning. It has attracted heavy security presence to the road.

“The truck, a Mercedes Benz 911 model, was moving the goods out of Onitsha when the driver lost control and fell into a gutter.”

Another source told our correspondent that the truck fell around 5am.

“The driver and his tried to quickly remove the contents of the truck, but they could not do much before daybreak when policemen arrived at scene and saw that the truck was carrying live bullets.

The policemen called for a backup and arrested the truck driver while his conductor escaped,” he added.