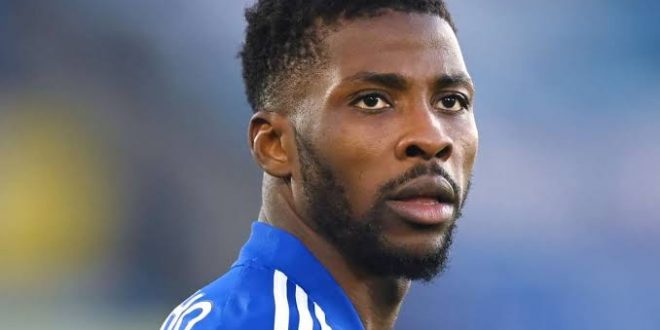 Super Eagles and Leicester City superstar, Kelechi Iheanacho made history on Tuesday night, May 18, as the first Premier League striker to score on all seven days of the week in a single season.

The striker was on target for Leicester City as they suffered a 2-1 defeat to Chelsea in Tuesday’s league encounter.

With the hosts taking a two-goal lead through Antonio Rudiger and Jorginho, the Iheanacho was introduced for James Maddison on the hour mark.

In the 76th minute, he reduced the deficit for Brendan Rodgers’ Foxes. Receiving a pass from compatriot Wilfred Ndidi, Iheanacho knocked the ball calmly into the bottom right corner of Edouard Mendy’s goal.

As a result of that effort, he wrote his name in the English elite division’s history books.

The 24-year-old now boasts 12 goals in 24 Premier League appearances so far in the 2020-21 season. Overall, he is Leicester’s highest goalscorer in all competitions with 19 goals.