Find the latest bookmaker offers available across all uk gambling sites www.bets.zone Read the reviews and compare sites to quickly discover the perfect account for you.
Home » Whistle Blower » Investigation » Woman burnt to death as two vehicles collide in Ekiti 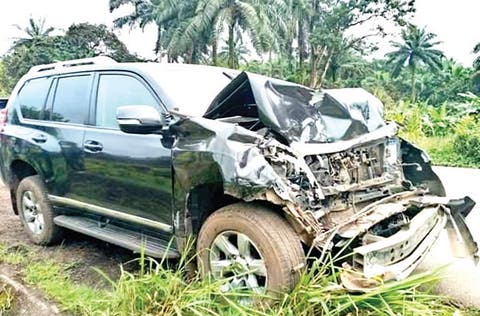 Woman burnt to death as two vehicles collide in Ekiti

Two vehicles had an head-on collision on the old Ado Ekiti-Iyin Ekiti Road in Ekiti State, on Wednesday, claiming the life of a woman.

The crash involved a Toyota Previa car and a Toyota bus heading in opposite directions, which collided and burst into flames.

Sources gave conflicting reports on the fatality and the number of the injured, but one of them, who said he was among early road users to get to the scene, said, “A woman in the bus died, while another passenger, who was injured, was rushed to a hospital in Iyin Ekiti.

“Two vehicles collided and immediately caught fire. One passenger, a woman, died in the bus, while one other person, who sustained injuries, escaped death. The injured person was rushed to hospital for medical attention.”

It took some time before the road was cleared for the use of other motorists.

The Police Public Relations Officer in the state, Sunday Abutu, who confirmed the accident, said one person died in the crash.

Abutu said, “Only one person died. The woman got trapped in the bus after the collision and sympathisers could not rescue her in time. When the vehicle went up in flames, the people were helpless and the woman got burnt to death in the process.