Find the latest bookmaker offers available across all uk gambling sites www.bets.zone Read the reviews and compare sites to quickly discover the perfect account for you.
Home » Entertainment » Celebrity » UPDATE: Chief Of Army Staff’s Wife not in the crashed plane 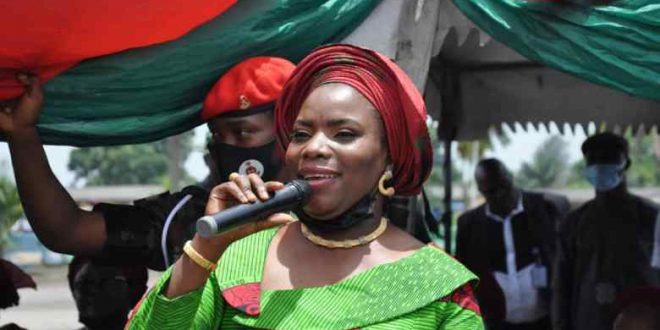 UPDATE: Chief Of Army Staff’s Wife not in the crashed plane

Contrary to widespread reports that the wife or Nigeria’s army chief, Ibrahim Attahiru was also involved in Friday’s air crash,she is alive!

A family friend of the late chief of army staff has confirmed that the story published by a newspaper that his wife died in the plane crash is untrue. !
Nigerian Army releases names of the victims of the Kaduna military plane crash and image of the crash site showing the wreckage of the plane
1) Maj Gen Attahiru.
2) Mrs Fati Attahiru.
3) Gen Abdulkadir – PGSO ,
4) Gen Kuliya – DMI
5) Gen Olayinka Provost Marshall
6-7) Aides.

But, she was not in the plane that crashed

Nigeria’s army chief, Ibrahim Attahiru, however, died in an air crash while on an official trip to Kaduna with other entourages.

The Nigerian Air Force confirmed that a crash occurred but did not provide any details.

“An air crash involving a @NigAirForce aircraft occurred this evening near the Kaduna International Airport. The immediate cause of the crash is still being ascertained. More details to follow soon,”

Edward Gabkwet, the air force spokesperson, said in a statement

Tags Chief Of Army Staff’s Wife not in the crashed slideshow. news