Find the latest bookmaker offers available across all uk gambling sites www.bets.zone Read the reviews and compare sites to quickly discover the perfect account for you.
Home » Entertainment » Celebrity » Conspiracy theory props up on Attahiru’s death 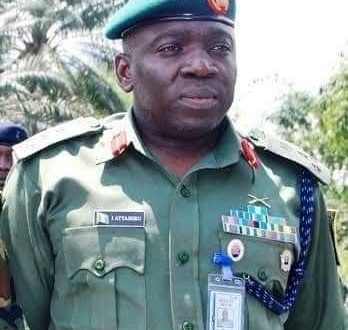 Was he killed for trying to expose fraud in Arms Purchase ?
He claimed only 10% of the amount meant for arm purchase was eventually used .
He alleged that individuals not FG or Military establishment procured Arms.
I know he will be targeted.
Lt General Ibrahim Attahiru .

A public analyst has however warned that it mourning mood and such should not even be thought of now..

“Not a good time for all these conspiracy theories. Let’s respect the memory of the dead. This COAS and the others who perished on that plane have families and friends. Show some discretion. Show mercy, please”

Another source said “the fighter jet that crashed 3 months ago was reported to have been in used for over 40yrs and the victims had been complaining of its poor engine before the unfortunate happened.

When the deceased army chief appeared before the Senate, he indicted his predecessor- Yussuf Tukur Buratai of embezzling the money earmarked for ammunitions.

Another source said “Appealing, even tantalizing, as this conspiracy theory of a targeted assassination may seem, it is fatally flawed in one notable respect: there were around ten passengers and crew, mostly senior officers, on that plane. Why would anyone want to eliminate nine presumably innocent people, just because they happened to be on a plane alongside the one single target? It doesn’t make sense. The principle of conscience suggests that the presumed assassin could have waited for another opportunity to ambush the target in a solo situation, when the chance of limiting, or even avoiding, such human collateral damage was high. So, without any evidence of an assassination, this crash could have simply been the consequence of the classic Nigerian epidemic of the “let’s-manage-it” culture. We know we are notoriously deficient in the area of equipment maintenance. Instead, we choose to “manage” – that is, continue the use of – faulty equipment, even when such usage potentially poses a perilous, even fatal, threat to human life. We know the Nigerian military to be especially prone to this. So, we have probably just witnessed the chickens coming home to roost.