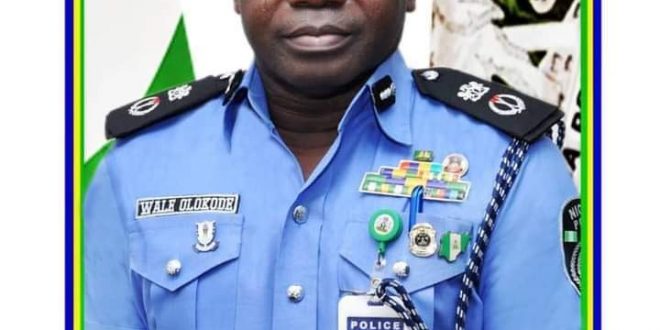 A suspected male Yahoo plus was rescued from the claws of death by operatives of the Osun State Police Command on Friday, May 21, 2021 in Ede.

The suspect, 30-year-old Wasiu Olasunkanmi of Oke-Yidi area, was allegedly sighted picking dried human faeces near the Muslim Grammar School, Ede, a scenario that caught the attention of students, who were bent on mobbing him to death.

The swift arrival of Policemen on routine patrol of the area saved the suspect from being lynched but, rather, arrested by the operatives, a development that sparked off protest by the students.

The angry students were said to have gone on rampage, pelting the policemen and teachers with stones.

A reinforcement of policemen to the scene succeeded in dispersing the irate students and finally brought the situation under control.

Meanwhile, five suspects were arrested in connection with the civil unrest, even as investigation is on ongoing