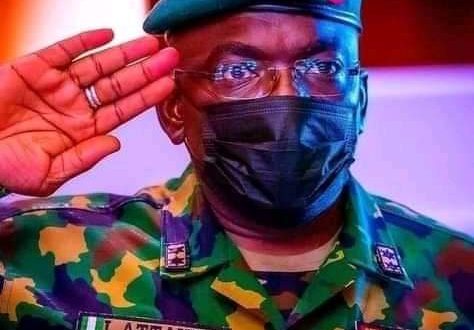 President, Muhammadu Buhari, on Monday directed that the weekly Federal Executive Council meeting scheduled for Wednesday be postponed for one week.

He also directed that the Police Council meeting initially scheduled for Thursday be rescheduled till next week Thursday.

According to a statement by the Secretary to the Government of the Federation, Boss Mustapha, the postponement was in honour of the Chief of Army Staff Lt. General Ibrahim Attahiru, and 10 others, who died in an air crash in Kaduna on Friday.

The statement was titled ‘Postponement of the Federal Executive Council and the Police Council meetings.’

It reads, “Further to the directive of Mr. President for the national flag to fly at half-mast nationwide from 24th to 26th May, 2021 and the declaration of today, Monday 24th May, 2021, as work free-day for members of the Armed Forces, the President has also directed that the Federal Executive Council meeting scheduled to hold on Wednesday, 26th May, 2021 be postponed to Wednesday, 2nd June, 2021.

“Similarly, the Police Council meeting, which was earlier scheduled for Thursday, 27th May, 2021, be postponed to Thursday, 3rd June, 2021 in honour of the memory of the late Chief of Army Staff, Lt. Gen. Ibrahim Attahiru, and 10 other senior military officers and service men.”

Meanwhile, Buhari admitted that the death of the COAS and 10 others in the Friday air crash in Kaduna had aggravated Nigeria’s security challenges.

Buhari said this while hosting a delegation from the Nigeria Governors’ Forum at the Presidential Villa, Abuja.

The delegation was led by the Chairman of the NGF and Governor of Ekiti State, Kayode Fayemi.

Others in the delegation are the Chairman of the All Progressives Congress National Caretaker Committee and Yobe State Governor, Mai Buni, and Governor of Niger State, Sani Bello.

In his remarks, Buhari said only God knew why the crash happened, adding that he was emboldened to work hard, hoping that God would provide the enablement to scale through challenges.

Fayemi commiserated with the regime over the death of the officers, saying the President was deeply touched by the incident.

Fayemi said: “We’ve read your statement and this delegation of governors consider it a duty and as part of our obligation as your representatives to commiserate with you over the loss of your gallant officers.