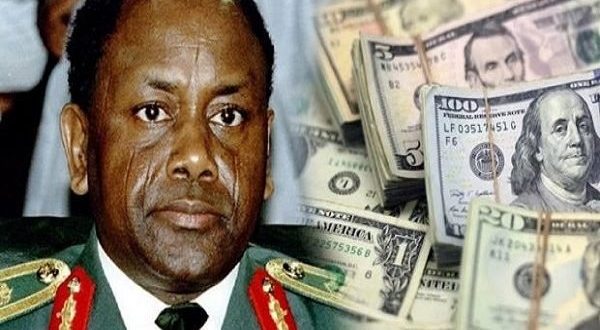 The Federal Government on Tuesday disclosed that it has recovered the sum of $633.8 million and £9.709 million looted funds from Switzerland, the Island of Jersey and the United Kingdom since 2007 to date.

Out of the recovered funds, Federal Government confirmed that it has handed over the recovered £4.2 million looted by former Delta State Governor, Chief James Ibori to the state government, which was recently repatriated by the United Kingdom to Nigeria.

The Accountant General of the Federation (AGF), Ahmed Idris, gave the details in Abuja, during the ongoing investigative hearing held at the instance of the House of Representatives Ad-hoc Committee on assessment and status of all recovered loot, movable and immovable assets from 2002 to 2020 by agencies of the Federal Government for effective, efficient management and utilisation.

He said: “All these assets as recovered are indeed lodged with the CBN Account on Assets Recovery and the receipts of the amounts have been confirmed by the CBN.”

The Accountant-General, who was reportedly grilled by the committee for over an hour over some alleged missing funds, requested more time to provide details.

“There are four recovery accounts but in addition, we also have dollars accounts, pounds, and euro accounts. Main assets account, final forfeiture account, interim account. For the guidance of the committee, the list is attached to the documents that I have submitted to the committee. By tomorrow, we would be able to give you an update on who spent what and on what. I insist we would make available our response tomorrow,” he added.

He added that states could sue the Federal Government to recover such funds.

“As at the time we came into office, we realized there was no coordinated way through which recovered assets were being coordinated in terms of disposal and associated things. What we did was to put in place a legal framework to consider the possibility of having a legal framework and develop a Proceeds of Crime Bill, which was transmitted by the executive to the National Assembly as far back as 2017.

“Embedded in the POCA Bill was the assets management and recovery agency and I regret to state that as far back as 2017 to 2019 up to the present moment, that legislative framework could not be achieved on account of the fact that the POCA was not passed by NASS.

“As I’m talking to you, it is a work in progress. If indeed the NASS has passed the POCA Bill, it cannot be here scampering and perhaps scouting for information relating to the recovered assets, because that Bill has indeed put in place an effective mechanism, both in terms of database, in terms of disposal, processes and procedure.

“So the starting point is to state that there has been inaction on the part of the National Assembly with particular regards to having in place a coordinated legal framework and assets tracing and disposal management, now coming to the recovered assets. Let me state that at the national level in terms of recovery, notwithstanding the absence of the POCA, we have tried to record some modest achievements in terms of our international engagements as far as recoveries are concerned.

“All these assets as recovered are indeed lodged with the CBN Account on Assets Recovery and the receipts of the amounts have been confirmed by the CBN. Recovered assets have constituted budgetary item that has been appropriated by the NASS and among the monies,” he noted.

According to the Accountant General of the Federation, Nigeria had earlier recovered looted funds on behalf of Plateau, Bayelsa and Delta States. He said: “I know there was a time recovery was made on behalf of Plateau State. There was one for Bayelsa. There was one for different states, even Delta. Such recoveries go specifically to those states.”

In his intervention, Hon. Adeogun Adejoro who requested the status of the Ibori looted fund received from the United Kingdom, argued that the AGF’s presentation was contradictory to Federal Government’s earlier position that the fund will be used for specific projects including Second Niger Bridge.

“Let us give an example. There is something trending, the recovery of Ibori loot. When would it be paid to the state?” Adeogun queried.

But in his response, Ahmed affirmed that: “It has been paid to the state. It was paid to Delta state. Any recovery arising from looted funds from a particular state goes to the state. The state governors would not even allow this to fly. They will take Federal Government to court for holding their money. So we don’t joke and we don’t play with that. We pay them their money.”

The lawmakers also quizzed the Minister of Justice and Attorney General of the Federation, Abubakar Malami, on the disappearance of £5 million recovery looted funds that did not reflect in the AGF account, as well as his involvement in the $6.21 million National Security Adviser’s office, kept in a separate recovery account domiciled with the apex bank.

In his response, the AGF who obviously got agitated by the series of questions thrown at him by members of the panel during the hearing denied any wrongdoing and insisted the money collected by his office went through due process.

According to him, “the office of the Attorney General’s had never at any time received funds or a penny from the recovery assets account. The money you (committee) are referring to was duly approved for by the Ministry of Finance and the Accountant General’s office through budgetary provision to pay solicitors and other activities.”