Find the latest bookmaker offers available across all uk gambling sites www.bets.zone Read the reviews and compare sites to quickly discover the perfect account for you.
Home » Trending » Business » Facebook scammer arrested for defrauding investors of over N2 billion 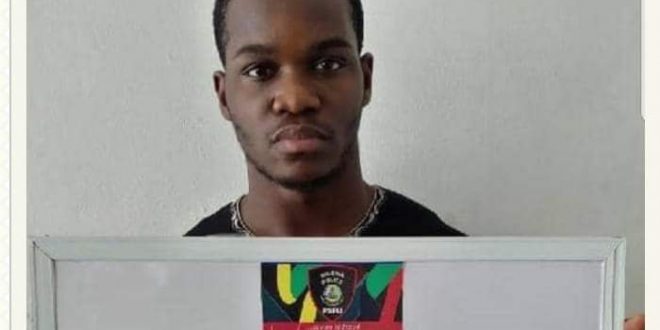 Facebook scammer arrested for defrauding investors of over N2 billion

The Special Fraud Unit (SFU) of the Nigerian Police in Lagos, has arrested one Dominic Ngene Joshua, who will be arraigned as soon as the courts reopen for business.

The 21-year-old Managing Director/Chief Executive Officer of Brisk Capital Limited has been accused of diverting over N2 billion in investor funds.

Joshua who hails from Ebonyi State and operated from Uyo, the Akwa Ibom State capital, was picked up by the police following petitions from some of the investors he’s allegedly scammed.
Detectives say he lured his victims via social media platforms such as Instagram, Facebook and LinkedIn.

Investors were allegedly duped in cash and cryptocurrency trading.

Joshua lived a lavish lifestyle, according to Police (Facebook)
The Commissioner of Police in charge of the fraud unit, Anderson Bankole, has advised the public to be wary of investment/portfolio managers that promise very high returns on investments.

Bankole adds that: “the funds which belong to over 500 investors was diverted to sponsor extravagant lifestyle, parties, exotic cars, luxury watches and real estates in Abuja, Lagos and Port Harcourt.

“The suspect confessed to the crime but pleaded to be given time to return the monies. Some of the properties/items purchased with the diverted funds have been recovered as exhibits while the suspect will be charged to court as soon as the strike by Judiciary Staff Union of Nigeria (JUSUN) is called off.”

Previous CBN further devalues naira to 410.25/$
Next Soldier kills man who helps him with free ride, snatches his car