Find the latest bookmaker offers available across all uk gambling sites www.bets.zone Read the reviews and compare sites to quickly discover the perfect account for you.
Home » Entertainment » Celebrity » IYC President abducted on way to Abuja 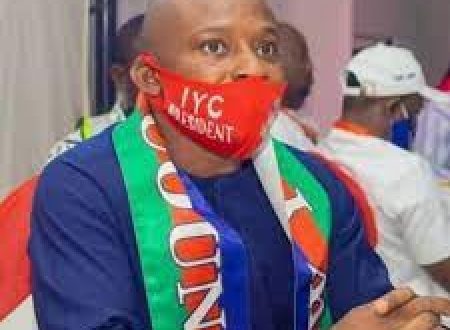 President of the Ijaw Youth Council (IYC), Mr Peter Igbifa, has been abducted.

He was kidnapped around the Omagwa-Port Harcourt International Airport Road in Rivers State on Tuesday.

Those behind the abduction of Igbifa could not be immediately ascertained, but it was learnt that he was on his way to board a flight to attend a meeting in Abuja when the incident occurred.

His abduction happened hours before the expiration of the 30 days ultimatum the IYC gave the Federal Government to constitute the Niger Delta Development Commission (NDDC) Board or have the region shut down by Ijaw youths.

Igbifa issued the notice on April 26 and followed it up with a warning on May 17 asking all multinational oil companies operating in the region to evacuate and peacefully shut down their oil platforms before the expiration of the notice at midnight of May 26.

The Ijaw youth leader while issuing the warning had stated that it was important for oil workers to leave the region as Ijaw youths would not be able to guarantee their safety, adding that no gunshots would be fired.

The national spokesman for the IYC, Mr Ebilade Ekerefe, confirmed the incident but stated that Igbifa was missing and he would not describe his predicament as a kidnap.

He said,”Well, the IYC president is missing. That is what I can say. I can’t say he is kidnapped. He is missing.

“His two phones numbers are switched off. His last whereabouts that we knew was along the Omagwa-Port Harcourt International Airport Road. He was on his way to join us in Abuja for a meeting.

“The incident is unfortunate. We are not suspecting any quarters. The leadership (of IYC) will meet to review our strategy and come up with a position.”