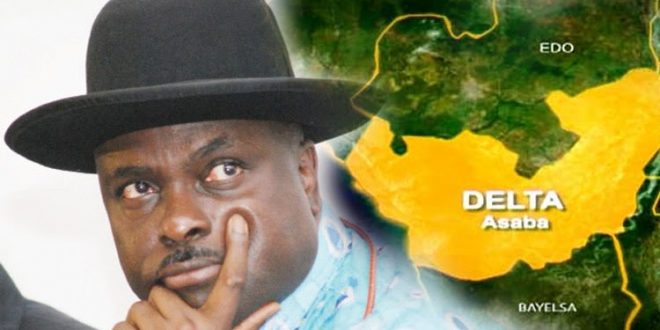 THE Accountant-General of the Federation, Mr. Ahmed Idris, on Tuesday, said the £4.2m looted by a former governor of Delta State, James Ibori, which the Federal Government recently repatriated from the United Kingdom, had been returned to the state.

Idris made this known in Abuja on Tuesday when he appeared before the House of Representatives Ad hoc Committee on Assessment and Status of All Recovered Loots Movable and Immovable Assets from 2002 to 2020 by Agencies of the Federal Government of Nigeria for Effective Efficient Management and Utilisation.

This is contrary to the earlier position of the Minister of Justice and Attorney-General of the Federation, Abubakar Malami (SAN), who recently stated that the state could not benefit from the recovered loot.

Malami had stated that Delta was not captured in the agreements signed with the British Government, which was a precondition for the release of the money.

The minister had stressed that Nigeria would execute other projects with the fund other than the Lagos-Ibadan Expressway, Abuja-Kaduna-Kano Expressway and the Second Niger Bridge, which had been listed in the agreement.

Incidentally, Malami also appeared before the committee together with the accountant-general

Shortly after the minister left the venue, Idris, however, stated that such funds looted from the treasury of a state are always returned to the state, adding that states could sue the Federal Government to recover such funds.