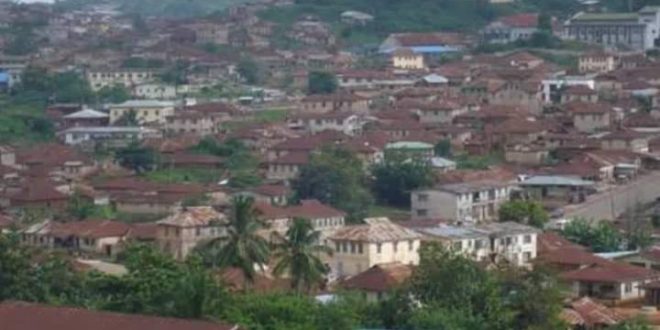 There is Pandemonium in ijero Ekiti in Ekiti State, as we write, as several students of the College of Health Technology in the town are been rushed to various hospitals within and outside the town after a fumigation exercise carried out at the school campus suffocated the students many of whom were not wearing nose masks during the exercise..

The incident followed an alleged fumigation of the college environment by some officials of government a couple of days ago, as part of measure aimed at preventing the COVID-19 pandemic.

Reliable sources within campus told newsmen that some of the students hospitalised were said to be asthmatic patients, who developed complications not long after inhaling the chemical used for the fumigation.

Those with critical conditions were said to have been rushed to the Federal Teaching Hospital, Ido Ekiti, Ido/Osi LGA of the state.

The sources added that some of the students, who also were admitted at the General Hospital, Ijero-Ekiti responded to treatment.

It was further learnt that the students were writing examination when the fumigation took place, though the school management was said to have received a memo on the planned fumigation.

Many parents besieged the institution as a result of the incident, to know the state of health of their children.

Reacting to the development however, the Commissioner for Health and Human Services said that majority of the 100 students said to have been hospitalised as a result of the fumigation had been discharged.

Filani said that as at the time of addressing the media, 36 of them were still hospitalised at the State specialist hospital, Ijero Ekiti.

He said that two of them were referred to the Federal Teaching Hospital Ido Ekiti, while one was taken to a leading tertiary health facility in Ado Ekiti for further attention.

The commissioner said that additional medical personnel, oxygen cylinders and fluids had also been mobilised to the college to support those attending to the affected students.

He assured members of the public that the situation was now under control.

The commissioner said that officials of the Federal Fire Service personnel, who carried out the exercise had been handed over to the police for questioning