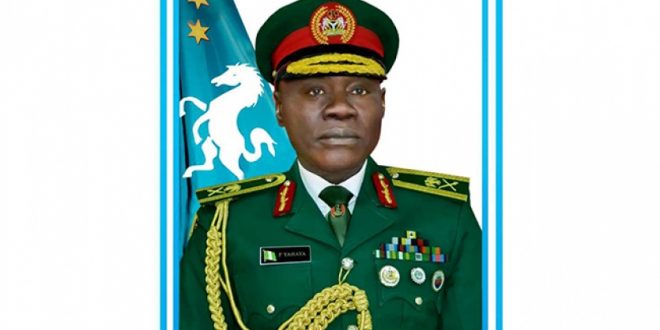 Before his appointment, Yahaya was the general officer commanding 1 Division of the Nigerian army.

This is according to a statement signed and released on Thursday by military spokesperson Brigadier-General Onyema Nwachukwu.

Prior to his appointment Major-General Yahaya was the General Officer Commanding 1 Division of the Nigerian Army and the incumbent Theatre Commander of the Counterterrorism, Counter-Insurgency military outfit in the North East code named Operation HADIN KAI, the statement said.

His appointment comes days after the immediate past army chief, Lieutenant-General Ibrahim Attahiru died in a Kaduna air-crash along with 10 other military officials.