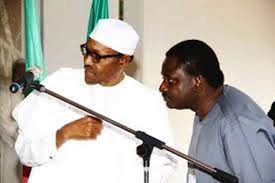 The Muhammadu Buhari administration clocks six years May 29, 2021. This milestone affords the opportunity to reflect, and recount the impact that has been made (and is being made) on different sectors of national life.
From infrastructure, to finance, education, healthcare, sports, anti-corruption, human development , housing, oil and gas, foreign relations, and many others, the Administration is recording giant strides, enough to make Nigerians proud. That is, those who are dispassionate and fair-minded, not beclouded by political partisanship and undue cynicism.
Some people claim: we don’t see what they are doing. We don’t hear about it. Well, here it is. A Fact Sheet, a report card on the Buhari Administration, just a bit of the successes, as the milestone of six years is attained.
As it is said, the past is but a story told. The future may yet be written in gold. When the Administration breasts the tape in another two years, by the grace of God, the applause will be resounding, even from the worst of sceptics. Facts are undeniable, and always remain so. They are stubborn things.
Femi Adesina
Special Adviser to the President
(Media and Publicity)
May 28, 2021

-Presidential approval, in 2020, for the establishment of InfraCo Plc, a world class infrastructure development vehicle, wholly focused on Nigeria, with combined debt and equity take-off capital of N15 trillion, and managed by an independent infrastructure fund manager.

POWER
Energizing Education Programme: Taking clean and reliable energy (Solar and Gas) to Federal Universities and Teaching Hospitals across the country. Four Universities completed and commissioned already: BUK (Kano), FUNAI (Ebonyi), ATBU (Bauchi) and FUPRE (Delta); others ongoing.
Energizing Economies Programme: Taking clean and reliable energy (Solar and Gas) to markets across the country. Completed projects include Sabon-Gari Market in Kano, Ariaria Market in Aba, and Sura Shopping Complex in Lagos.
National Mass Metering Programme: Nationwide rollout of electricity meters to all on-grid consumers, launched in August 2020. The Central Bank of Nigeria is providing 60 billion Naira for the first phase, with a target of 1 million meter installations. So far more than 500,000 meters have been delivered to the Discos, and more than 280,000 installed.
Solar Power Naija: Launched in April 2021 to deliver 5 million off-grid solar connections to Nigerian households. The program is expected to generate an additional N7 billion increase in tax revenues per annum and $10 million in annual import substitution. In May 2021, the Rural Electrification Agency announced the planned deployment of solar-powered grids to 200 Primary Health Centres (PHC) and 104 Unity Schools nationwide.
Presidential Power Initiative (PPI), aka Siemens Power Program: A Government-to-Government initiative involving the Governments of Nigeria and Germany, and Siemens AG of Germany, to upgrade and modernize Nigeria’s electricity grid. Contract for the pre-engineering phase of the Presidential Power Initiative (PPI) was signed in February 2021, following the 2020 approval for the payment of FGN’s counterpart funding for that phase.
Nigeria Electrification Project (NEP) has provided grants for the deployment of 200,000 Solar Home Systems, impacting one million Nigerians. The NEP is also delivering mini-grids across the country.

OIL AND GAS
The Buhari Administration has declared this decade the “Decade of Gas.”

ANTI-CORRUPTION AND TRANSPARENCY
EXPANSION OF TSA AND IPPIS COVERAGE

BVN DEPLOYMENT FOR SOCIAL INVESTMENT PROGRAMMES AND OTHERS:

DIPLOMACY AND INTERNATIONAL RELATIONS
Re-establishment of Nigeria’s position and influence in the regional and global arena. Fragile/broken relations with the United States, United Kingdom, South Africa, and with neighbouring countries (Chad, Niger, Cameroon) have been revived and strengthened since June 2015.
Major outcomes/results/manifestations of Nigeria’s renewed visibility and respect on the International Stage include:

CORONAVIRUS RESPONSE
“In Nigeria, we are taking a two-step approach. First, to protect the lives of our fellow Nigerians and residents living here and second, to preserve the livelihoods of workers and business owners to ensure their families get through this very difficult time in dignity and with hope and peace of mind.” – President Buhari