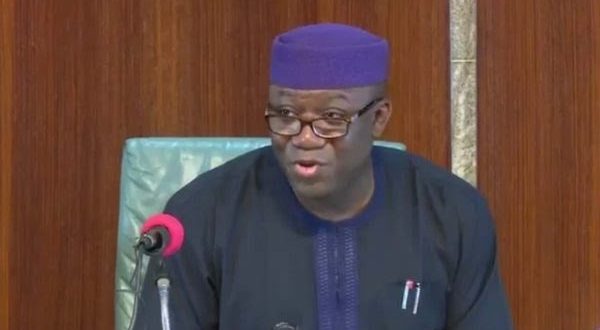 The Governor of Ekiti State, Dr Kayode Fayemi, has directed the suspension of the Provost, College of Health Sciences and Technology, Ijero-Ekiti, Dr (Mrs) Cecilia Adebayo, pending the outcome of investigations into the circumstances that led to the hospitalisation of about 100 students of the institution after a controversial fumigation exercise.

“The suspension,” according to Chief Press Secretary to the Governor, Yinka Oyebode, “is without prejudice to the outcome of a meeting of the College’s Governing Council slated for next week.”

According to Oyebode in a statement issued on Thursday, “The officials of the Federal Fire Services that carried out the fumigation exercise have also been directed to report back to their office in Abuja.

“Consequently, the Governor has constituted a panel to investigate the unfortunate incidence.”

The statement named members of the panel as follows:

“The panel, which is to commence work immediately, has two weeks to carry out the investigations and report back to the Governor.

“The Governor, who is the Visitor to the College, empathises with all the affected students, even as he has directed that their medical bills be taken over by the State Government, in all the hospitals they are being treated.

“He urged students and parents to remain calm and desist from any violent conduct capable of affecting the peace of the town and the state in general,” the statement further said.