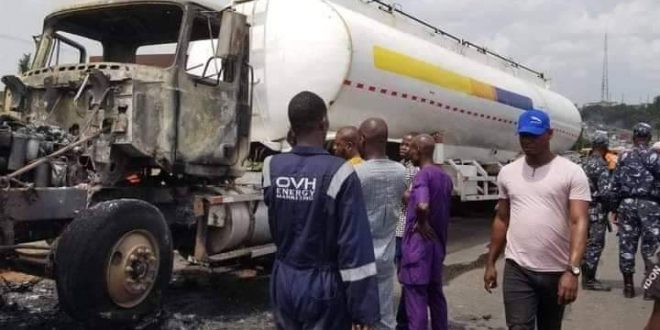 A petrol tanker has suddenly caught fire on the Otedola Bridge axis of the Lagos-Ibadan Expresssway.

It was confirmed that the tanker was fully laden with diesel as commuters speed to avoid been trapped by the inferno.
There was also no sign of the driver around the accident scene.

As at the time of filing this report, the inferno has been put off by men of the Lagos Fire Service.