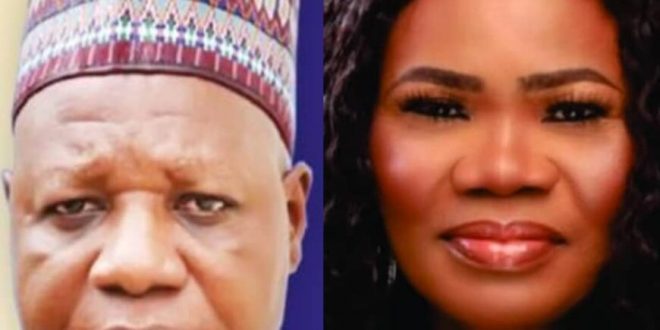 Indications are clearly discernible on the streets at corners, and in the newsrooms that the incumbent president is heading for victory.

A walk over, maybe…there are contestants eyeing the top job, but the massive support for Isah Mustapha , the acting president is overwhelming.

Aside the power of incumbency which is said to be working in his favour already. Isah is said to be a mass mobilizer .” Members of inner caucus members orchestrated by him have been meeting long before now.. he knows what he wants.. And the world itself would pave the way for a man who is focused, determined and know what he wants. ” An editor, who knows the workings of the Guild volunteered to YOU NEWS, while craving anonymity.

Growing through the rank and file of the NGE membership over the years is also helping him out. YOU NEWS learnt that before providence threw him up, when Funke Egbemode had to leave for service to her state of Osun, Isiah Mustapha was already displaying strategic leadership qualities and “he was already a shinning star “.

Not a few endorsed his enthronement as acting president.. And the law was on his side too.

His activism, activities and quest for justice within the Guild has also position him as the right agent of change, which is already manifesting since his acting capacity days.

Isiah belong to reasonable inner caucus members in the Guild. Charles Kalu of Stv and few others, about six of them, have always believe the Guild need a new lease of life. They are working hard, like a cabal, determined, saying …now is the time.

The Latin word, Res ipsa loquitur (the fact speaks for itself) is the case with Isah’s campaign train. He has been to the length and breadth of the country’s newsrooms, personally selling his candidacy.

YOU NEWS reporters monitoring could not say same of opposing contestant .

Osa Director, a respectable journalist and lawyer who is of Isah’s manifesto committee revealed that the campaign is based on “integrity, continuity, humility and honesty”..acronymed …ICHH

Barring disqualification by the Screening and Election Committee of the Nigeria Guild of Editors (NGE) for election into the national executive of the association, twenty-five members have been given initial clearance to contest for various positions.

The Biennial Convention of the organization will hold in Kano from Sunday, 30th May to Tuesday, 2nd June 2021 with the election fixed for Monday, May 31.

Claims and objections according to a statement by the Chairman of the Screening and Election Committee, Bonnie Iwuoha have been invited against any of the aspirants.

Members have till May 28 to object to the candidacy of any of the aspirants ahead of their appearance before the Committee with the originals of their tendered documents on 30th May 2021 for final screening in Kano.

The aspirants who have commenced a nationwide campaign include the incumbent President, Mustapha Isah and Treasurer, Ms Victoria Ibanga who are vying for the presidency.

Ali M.Ali, Editor in Chief and Chairman Editorial Board of Peoples Daily is the only candidate for the post of Deputy President. He was once Political Editor of THISDAY

Other positions being contested for and the candidates are as follows:

Isah who is Head of News, STV and Rhythm FM was a former reporter with defunct Tempo Magazine and staff of Daar Communications.

He has held several positions in NGE including being a Standing Committee member, later Assistant General Secretary and Vice President, West before his election as Acting President and presently President.

Ms. Victoria Ibanga, Editor-in-Chief of Next Edition Online newspaper has served as General Secretary of the Guild. A former features Editor and Editorial Board member of the Champion Newspapers, she is a former Visiting Fellow of Freedom House in the United States and Alumna of Women’s Edition, PRB, USA.

Her campaign slogan is “tested, trusted and verified, exposure, diligence and teamwork and effective leadership”