Find the latest bookmaker offers available across all uk gambling sites www.bets.zone Read the reviews and compare sites to quickly discover the perfect account for you.
Home » buhari » FG set to recover $69bn looted by Late Azazi in US banks 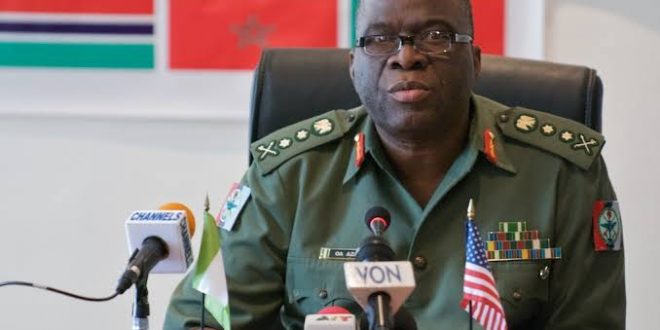 The Federal Government says it has begun gathering evidence on government officials linked to the alleged looting of $69bn (N28.3tn) stashed in various bank accounts in Texas, the United States.

The loot reportedly accrued from illegal oil deals involving some officials of the government-owned Nigerian National Petroleum Corporation and the Central Bank of Nigeria during the Goodluck Jonathan administration.

Azazi died in a helicopter crash in Okoroba, Nembe Local Government Area of Bayelsa State in December 2012 alongside the Governor of Kaduna State, Patrick Yakowa, and others.

“In January 2019, an American assets recovery company, Forensic Assets Investigation and Recovery Services LLC, sent a confidential memo to us stating the discovery of a definite total amount of $9bn in the State of Texas linked to the late General Azazi (former NSA), plus an additional huge amount in excess of $60bn from multiple sources of illegal sales of crude oil from Nigeria into the entire United States of America.

“Follow-up information from the Americans indicate that the definite $9bn can be recovered and returned to Nigeria within 3 to 5 months, if engaged and expense fee is provided, while compensation and charges shall be paid upon recovery.

Major funds were stolen via the NNPC and the Central Bank of Nigeria.

Following the overwhelming evidence provided by the assets recovery company regarding the $9bn and their capacity to recover and return the fund, the SPIP explained that it decided to engage the American forensic experts on a face-to-face meeting scheduled for March 29, 2019.

The panel also attached a copy of the firm’s acceptance letter to its memo to the President and sought Buhari’s approval for the planned meeting with the American company.

The memo noted, “Mr President, we intend to work together with the Americans in order to secure the recovery of the definite $9bn within 3-5 months they stated and to engage them to see and recover the larger part of the estimated $60bn-$80bn stolen from Nigeria during the oil boom. Also, to engage the NNPC and the CBN in the overall recovery of those funds in the United States.

“Our prayers to the President are: To approve the engagement of the American company to recover the funds and assets in the US and to approve the support of the visiting American firm to integrate software technology in the CBN in order to trace fraud funds.

“To approve the presence of interface offices of the Special Presidential Investigation Panel in NNPC and the CBN. Your Excellency, the immediate recovery of the identified $9bn within the stated timeframe of 3-5 months will totally eliminate borrowing to fund the 2018 budget deficit and sustain the 2019 budget.”

However, two years after the SPIP notified the President of the loot, the Federal Government was said to have not taken concrete steps to recover the money.

Also, Obono-Obla had yet to conclude the recovery process when he was removed from the panel by the President and replaced by the Solicitor-General of the Federation and Permanent Secretary, Federal Ministry of Justice, Dayo Apata.

Over 400 criminal and graft cases retrieved from the SPIP by the office of the Attorney-General and Minister of Justice were also found to have been abandoned.

However, the Attorney General of the Federation and Minister of Justice, Abubakar Malami (SAN), on Friday said that the Federal Government had swung into action with the aim of getting adequate information on the $69bn loot allegedly hidden in American banks in Texas as well as the government officials involved.

The AGF also said the relevant bank details would be traced.

Malami’s Special Assistant on Media and Public Relations, Dr Umar Gwandu, who spoke on behalf of the minister, said the government was at the information-gathering stage and would work on verifiable information.

Gwandu said, “The government has swung into action to generate adequate information on the alleged $69bn, inclusive of the Nigerians involved, incidental bank details, and actionable intelligence to enable us to deal with the matter.

“The details of the alleged lawyers involved and what information is at their disposal can also be very helpful.

“The office of the Attorney General of the Federation works on cogent and verifiable information, not on media sensations or on speculations.”

Gwandu said the Buhari regime had the track record of repatriating stolen funds stashed in foreign accounts, saying it was one of the “visible and indelible” successes recorded by the regime.

“The integrity test of information is not media-based but a process being conducted through the laid-down official process in compliance with the extant laws.

“One of the prime and uncompromising policies of the present administration under the leadership of President Muhammadu Buhari is the fight against corruption.”