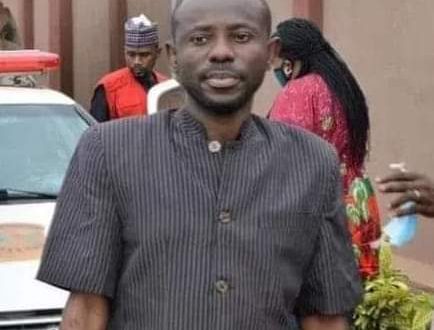 Ibadan-based Amos Olugbenga Olaniyan played ‘Layipo’ for some people in Ibadan . Through the airwaves of a popular Radio station he unfolded the plan of his company, Crime Alert Security Network Investment, to create many milionaires in Ibadanland.
The believability of Olaniyan’s scheme was enhanced by the popularity of the Radio Station and the claim that only credible schemes could be aired on the Station.
Many people flocked to his company and invested in the scheme that promised 30 Per cent monthly return on Investment.
As the money started rolling in Olaniyan was living like a millionaire. He bought cars , houses and lands. By the last count over N128 Million was in his kitty .
So when it was time to reap from their investments , they waited and waited . The promised profit was not forthcoming and when they asked for the money they invested , Olaniyan disappeared.
The people ,some wailing , some with high blood pressure, headed to the office of the Economic and Financial Crimes Commission, EFCC.
After painstaking investigation, Olaniyan was nabbed and some of the property he bought with his clients money was recovered .
He will soon appear in court to explain why and how he duped people of their hard earned money via a PONZI scheme .
Post Script : The National Broadcasting Commission should stop Radio Stations selling air times to Ponzi scheme fraudsters masquerading as investment experts