Find the latest bookmaker offers available across all uk gambling sites www.bets.zone Read the reviews and compare sites to quickly discover the perfect account for you.
Home » Whistle Blower » Crime » 11 out of over 200 abducted Niger school children 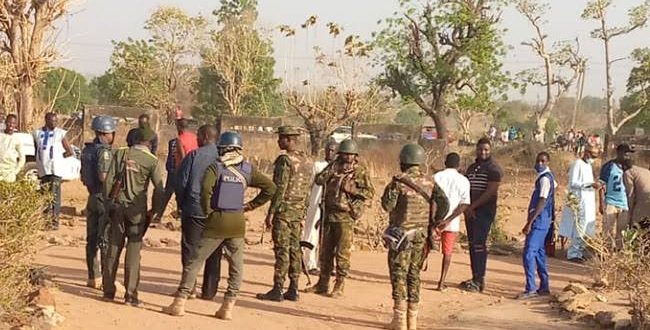 11 out of over 200 abducted Niger school children

Eleven of the over 200 students reportedly abducted by bandits in Tegina, Rafi local government area of Niger state have been released.

The freed students were said to be too small and could not walk.

They were reportedly between four to five years.

Several students of Islamiyya School at Tegina in Rafi local government area were abducted on Sunday afternoon during an attack.

Locals hinted the abducted students of Salihu Tanko Islamiyya School may be up to over 200.

Tags 11 out of over 200 abducted Niger school children slideshow