Find the latest bookmaker offers available across all uk gambling sites www.bets.zone Read the reviews and compare sites to quickly discover the perfect account for you.
Home » Whistle Blower » Crime » BREAKING: Omoyele Sowore Shot By Police in Abuja,Rushed To Hospital 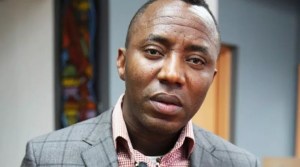 BREAKING: Omoyele Sowore Shot By Police in Abuja,Rushed To Hospital

Report filtering in says that the convener of #RevolutionNow, Omoyele Sowore has been shot by n unidentified police officer in Abuja some minutes ago.

According to Adeyanju Adedeji, a fellow comrade, He was shot during a live video