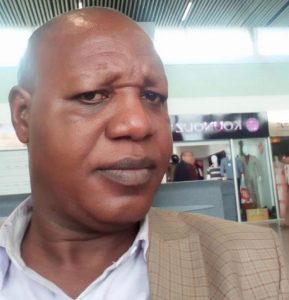 President Muhammadu Buhari congratulates Mustapha Isa, the President of the Nigerian Guild of Editors (NGE), who won a second-term of office in the just concluded convention of the Guild in Kano.

This was made known by
Garba Shehu,Senior Special Assistant to the President on Media & Publicity, June 1, 2021.

In expressing good wishes for his new tenure, President Buhari also congratulates those who emerged as members of the Standing Committee, both the re-elected and the ones who won fresh seats.

The President commends the rancour-free conduct of the elections and the unanimous acceptance of the outcome, saying this has set a good standard for other unions to copy.

President Buhari calls on the newly-elected executive to join his administration in the efforts to rid the country of fake news and to avoid negativism, advising the media to abstain from content that is against the maintenance of law and order and the sustenance of National security.

In calling for partnership between the two, the President says the media and the government working together, ”can, and will build a strong, safe, secure and inclusive Nigeria.