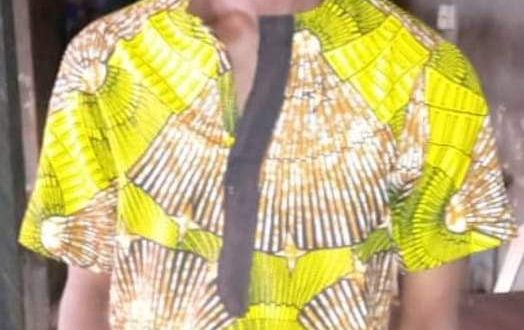 A sexually eccentric young man, who lured his female client into his abode on the pretest of assisting her to secure a shop for rentage but ended up raping her, has been apprehended.

The victim’s (name withheld) body language as direly in need of a close-up shop was cashed in on by her abuser, John Daniel, 42, whom she ran into at Sango-Otta in Ogun State on Sunday, May 30, 2021.

John, it was gathered, became lustful and came up with a hoax alternative idea that he had another client who was willing to let out a container, all with the ulterior motive of ensuring that the lady went home with him.

The suspect’s heinous permutation paid off, as the unsuspecting lady swallowed the bait and went with the randy agent, with the intention to inspect the said container.

On getting to his residence, he invited the victim into his living room, claiming that he would have to call the said owner of the container.

That was how the devil helped John to accomplish his criminal desire.

To the lady’s chagrin, John bolted the door, armed himself with a screwdriver and a bottle, threatening to ruthlessly deal with her should she resist his desire.

The next he did, according to a press statement by the Ogun State Police Public Relations Officer (PPRO), DSP Abimbola Oyeyemi, was to beat up the victim and thereafter, forcefully had canal knowledge of her.

After succumbing to the humiliation, the victim made for Sango-Otta Police Station, where she lodged a complaint.

According to the PPRO, “The suspect was arrested following a complaint lodged at the Sango-Otta Divisional Headquarters by the victim (name withheld), who reported that she went in search of a shop to rent for her business at about 6:00pm, when she met the suspect, who told her that he has a container kept in his care by somebody, which she can use as a shop. The suspect, there and then asked her to follow him to where the container is. On getting to his house, the suspect asked the victim to sit down inside his living room, for him to call the owner of the container.

“But, surprisingly, the suspect suddenly locked the door and brought out a screwdriver and a bottle, with which he threatened her to undress. She stated further that she was forcefully raped, after beating her mercilessly”, the police spokesman said, adding that, “Upon the report, the DPO, CSP Godwin Idehai, detailed his detectives to the scene, where the suspect was promptly arrested. The bottle and screwdriver were also recovered as exhibits”.

He further said that the victim was taken to a hospital by the Police operatives for medical treatment and that the suspect has confessed to commission of the crime.

To this end, the state Commissioner of Police, Edward Awolowo Ajogun, has directed the transfer of the suspect to the Anti-human Trafficking and Child Labour Unit of the state Criminal Investigation and Intelligence (SCIID) for discreet investigation and diligent prosecution.