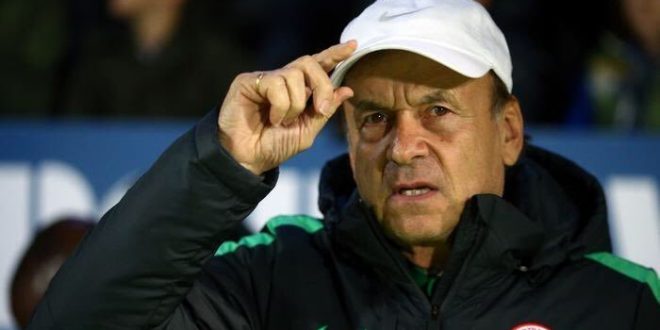 Eighteen out of the invited Super Eagles players have arrived their camp, Hilton Garden Inn, Wiener Neustadt Osterreich Austria in Vienna, Austria ahead of their international friendly game against Cameroon.

The three-time African champions will take on the Indomitable Lions at Stadion Weiner Neustadt, Austria in the doubleheader clash with the first fixture schedule for Friday, June 4 while the second game will be played on June 8.

The much-anticipated clash between the two continental arch-rivals, which suffered an initial scare after 11 Eagles players withdrew from the game due to medical reasons, is expected to go on as planned.

Among the players confirmed to have arrived at the camp are Watford centre-back William Troost-Ekong and Leicester City duo Kelechi Iheanacho and Wilfred Ndidi.

Other England-based stars that have arrived in Austria are Alex Iwobi and Oghenekaro Etebo.

However, captain Ahmed Musa and strikers Paul Onuachu and Simy Nwankwo are expected to join their teammates before the tie.

Gernot Rohr initially selected a 31-man squad, before reducing the list of players to 23 last week.

Following the withdrawal of the 11 players, there were doubts over the continuity of the friendly as the number of expected players dwindled.

Franco-German Rohr will hope to have his injured players returned for another arranged friendly for the Eagles against Mexico on July 4.