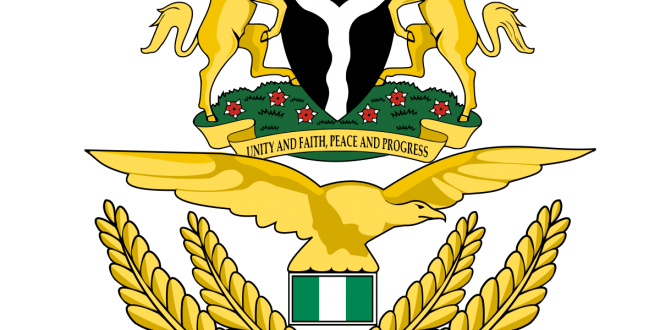 A Germany-bound Nigerian, Oguchi Unachukwu, was allegedly shot dead by the personnel of the 211 Regiment, Nigerian Air Force, in Owerri, Imo State, on Monday.

Oguchi was killed at the tollgate of the Sam Mbakwe International Cargo Airport.

He was on his way to catch a flight to Lagos, from where he was to board a flight to Germany.

His elder brother, Onyekachi, who spoke to journalists on Tuesday, said one of the Air Force men shot Oguchi after he drove off at a checkpoint on the Airport Road after they had flagged him down.

While tasking the security agencies to give his family justice, the distraught Onyekachi said it was unfortunate that Oguchi was killed by security personnel, who were supposed to protect him.

It was gathered that the remains of the deceased had been deposited in the morgue of the Federal Medical Centre, Owerri.

the deceased had been in Owerri for about three months and dedicated his second daughter in church two months ago.

When contacted, the Police Public Relations Officer in the state, Bala Elkana, said he was not in a position to speak for another security agency.

However, the spokesperson for the Nigerian Air Force in the state, Simeon Simeon, said he was not aware of the incident.

Previous Kidnappers of 156 Niger pupils, demand N110m, set deadline, threatens to kill all
Next External reserves dropped by $640m in May – CBN