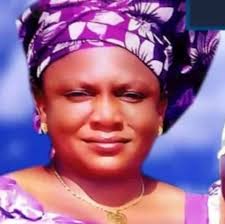 Remains of an officer of the Nigeria Security and Civil Defence Corps, Josephine Onche, who was declared missing a few days to her wedding in 2019, have been found in a shallow grave in the Obi Local Government Area of Benue State.

Josephine was given a proper burial in Otukpo on Tuesday

Josephine’s family had on December 20, 2019, declared her missing after going to the market to buy stuffs for her wedding.

Sources revealed that Josephine’s body was exhumed last week from a shallow grave in a neighbouring local government to Otukpo.

It was gathered that the arrest of the woman’s would-be husband led to the discovery of the shallow grave.

One of the sources stated, “An okada rider, who knew about what happened to Josephine Cynthia Onche, went to her family members and reported to them.

“The okada man led security operatives to arrest her fiance, who is an Igbo man, and he led the police to Ogun State, where they arrested a native doctor, who performed a ritual with the woman in the Obi Local Government Area of Benue State, before returning to Ogun State.”