Find the latest bookmaker offers available across all uk gambling sites www.bets.zone Read the reviews and compare sites to quickly discover the perfect account for you.
Home » Entertainment » Celebrity » Gov Ayade reveals : I still have respect for PDP, l join APC for… 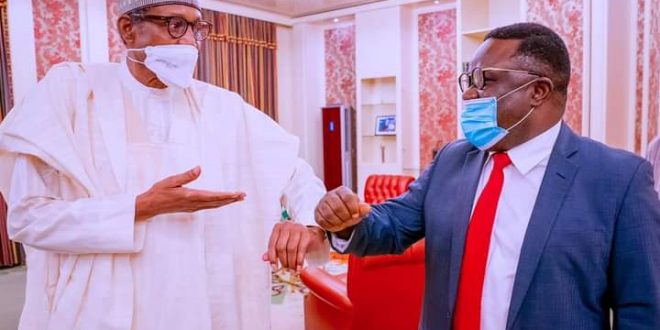 Gov Ayade reveals : I still have respect for PDP, l join APC for…

Cross River State Governor, Ben Ayade, was at the Presidential Villa, Abuja on Thursday .He had a closed door meeting with Mr president.

The meeting was held about two weeks after the governor defected from the Peoples Democratic Party to the ruling All Progressives Congress.

Ayade told State House correspondents after the meeting that Buhari influenced him to join the ruling party.

He said, “I am one of the strong Nigerian governors who has risen beyond party lines and ethnic lines by virtue of my education and exposure.

“My choice to join the APC is generating a lot of concern for the PDP occasioned by the fact that it came as a rude shock.

“And sincerely, it is indeed a rude shock because until I defected, I was a very strong member of the party in truth and in spirit.

“So, in terms of performance of the PDP, it should be the highest performance in the last election in Cross River.”

“And so, at all times, I have chosen to focus on APC and my dreams and reasons for my movement to APC.”

The governor said Nigeria was snowballing into civil strife, hence the need for Nigerians to come together and support the President.