Find the latest bookmaker offers available across all uk gambling sites www.bets.zone Read the reviews and compare sites to quickly discover the perfect account for you.
Home » Events » “Insecurity, not enough to scrap NYSC” 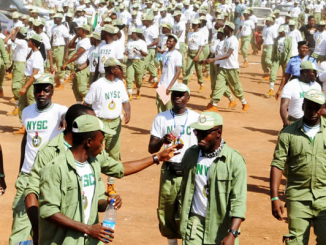 “Insecurity, not enough to scrap NYSC”

The NYSC boss, Brig.Gen Shuaibu Ibrahim, has maintained that the insecurity in the country was not enough reason to scrap the scheme, adding that till date, 75 per cent of corps members are still serving in rural areas across the country.

He added that he had proposed a National Youth Trust Fund through which loans would be given to corps members to start businesses after completing the mandatory programme.

Ibrahim said the scheme had been able to foster national unity and cohesion, adding that many corps members had found love in the various orientation camps and married.