Find the latest bookmaker offers available across all uk gambling sites www.bets.zone Read the reviews and compare sites to quickly discover the perfect account for you.
Home » Trending » News » Man behind burning of Police stations in Imo arrested 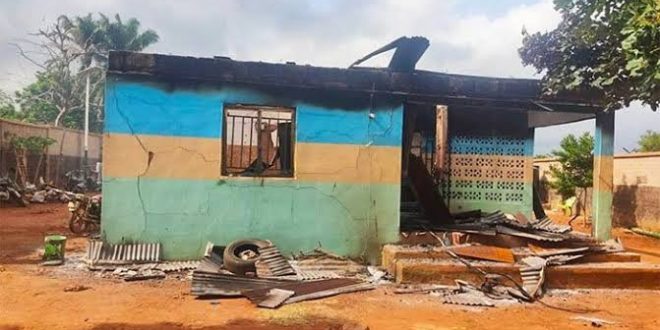 Man behind burning of Police stations in Imo arrested

The Imo State Police Command on Thursday said it arrested one of the persons who allegedly attacked the Orji Divisional Police Headquarters.

A spokesperson for the police in the state, Bala Elkana, said the suspect, Henry Chukwumakpa, 32, was arrested on Wednesday by operatives of the Quick Intervention Unit in conjunction with men of the Ikeduru Divisional Police Headquarters.

Elkana, who said the suspect confessed to the crime, disclosed that he was arrested in his hideout at the Ikeduru Local Government Area of the state “following an intelligence-driven operation.”

He said, “On June 2, 2021, around 9am, the command’s Quick Response Team, in a joint operation with the Ikeduru Police Division, arrested one Chukwumakpa Henry, 32. The suspect is a native of Iho in the Ikeduru LGA, but resident in the Orji area, Owerri.

“The suspect is alleged to have participated in the attack on Orji Police Station on May 25, 2021, and other heinous crimes. He confessed to the commission of the offence and other violent crimes in the recent past. He stated that he is a member of the criminal gang masquerading as unknown gunmen.

“Some grams of a substance suspected to be cocaine were recovered from him. He confessed to dealing in illicit and hard drugs as a means of subsistence. Efforts are being intensified to arrest other gang members and recover their firearms.