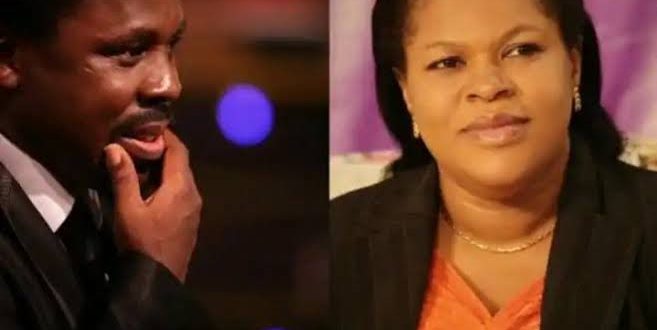 SCOAN is a global institution where many, across the globe, seek spiritual help and supports.
It goes beyond TB Joshua.
Someone has to take charge and ensure adherents are consoled.
Someone has to lead, inline with SCOAN’s administrative policy.

Someone must take charge immediately and give spiritual direction on the mode of service continuity.

So much spiritual and financial efforts went into building SCOAN and it cannot just waste away.
This Is where the question of successor comes in

Checks have however given a pointer in
who TB Joshua’s likely successor would be.

Speaking, his top aide who worked closely with him but instructed not to be quoted said:
“We are right now in the church. Everyone is confused. Nobody expected this sudden death.
“For successor, he did not train anyone to succeed him. I am not aware of any succession plan in this church.

There is none of the pastors that have been trained to succeed him. I would have known if any exists.
“But to the best of my knowledge, nobody in this church has been trained to succeed him,” he stated.
Probing further, OpenLife asked if the entire SCOAN empire would waste away just like that, he said “Very likely. That is what is going to happen.

His shoes are very large. If there has been anybody that he earmarked to succeed him, we would have long noticed it in the church here.
“The person’s activities, actions and inactions would have indicated the direction of succession. After all, I am an inner member of his caucus.
“For now, the wife has taken charge.

There are instructions on what to do and how things would go. In all of this, no service is in the programme. Services have been suspended,” he revealed.

The late TB Joshua, who was said to have died of cardiac arrest, was a Nigerian popular pastor, televangelist and philanthropist.

His megachurch runs the Emmanuel TV television station from Lagos.
During his life time, he ministered to the high and mighty on earth including Presidents of countries, captains of industry, top government functionaries as well as high network individuals in the social, traditional and religious circles.

His church in Ikotun Lagos was a Mecca of sort to millions of people from all angles of the world seeking spiritual solutions to varying challenges..

He spoke with me yesterday. We spoke extensively on the church programmes as well as other activities lined up for him.
“There were plans for travel for his usual evangelism. He did not show any sign of ailment.

He confides in me so much. His voice was very clear. He even ministered yesterday.
“He was so concerned about the India people. He has been praying for the country and her people to overcome the second variant of the pandemic.
“That was also part of his engagement yesterday,” the aide said . Prophet T.B Joshua died just few days to his 58th birthday.

His remains are said to have been deposited in Isolo General Hospital mortuary.

Sketches of information indicated that lots of activities had been line up for the celebration even though at low key level.