Find the latest bookmaker offers available across all uk gambling sites www.bets.zone Read the reviews and compare sites to quickly discover the perfect account for you.
Home » Entertainment » Celebrity » Agitators For Yoruba Nation Are Foolish – Aregbesola 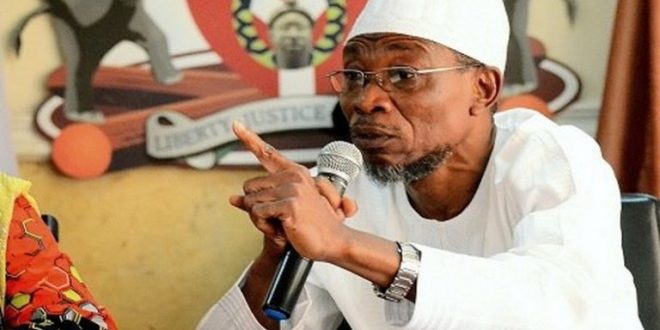 Minister of Interior, Ogbeni Rauf Aregbesola has described agitators for the Yoruba nation as “foolish and ignorant.” According to him any crisis that befalls Nigeria would torment the country for another 50 years, hence, he urged secessionists to redirect their anger towards the progress of the country.

Aregbesola spoke in Yoruba at a lecture to mark his 64th birthday anniversary organised by the Awolowo Centre for Philosophy and Ideology, held at Zenabab Hotel and Resort, Ijebu-Jeṣà, Osun State.

He added that Nigeria is the pride of the black population globally, hence, every patriots must do everything to protect it unity without jettisoning the struggle for a better government

“My most important message for this gathering is to let you know that those advocating for Yoruba nation are foolish and ignorant of the consequences of their action. Nigeria is the reason Western nations respect the Blackman globally.

“May be these secessionists do not know that if any crisis or war happens in Nigeria now, its fallout will linger for another 50 years. So we must guide this unity jealously even though things are not perfect yet, I believe we should rather advocate for better government than agitate for secession,” he said.

The former Osun Governor also disclosed that he stands with the objectives of The Osun Progressives, TOP targeted at resuscitating the fortunes of the All Progressives Congress in the state”