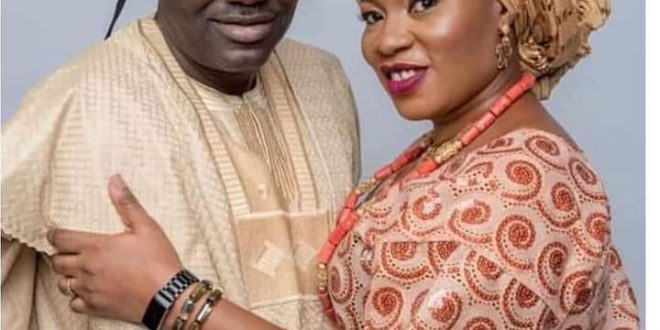 Chairman of the Nigerian Communications Commission, NCC, Professor Adeolu Akande and his wife have been named the new Fimogboye and Yeye Fimogboye of Igboholand respectively.
Though the installation would be conducted on a date to be decided on as the Otu-born governorship hopeful was unavoidably away at this point, the decision to confer the chieftaincy title on couple was announced by the Alepeta of Igboholand, Oba Joel Olalere Olawuwo Alasorogan, last Saturday during the fund-raising ceremony for the construction of a new palace for the town. Akande, incidentally, is the chairman of the palace fund raising occasion.
The monarch described Akande, who is the director of the Centre for Presidential Studies at the Igbinedion University, Okada, Edo State, as a “stellar son of Oke-Ogum and a colossal of exceptional degree in Oyo State.” He also indicated that he and his wife were conferred the title to commemorate the two year coronation anniversary of the Alepata of Igboholand, Oba Joel Olalere Olawuwo.

“We thank you for all you do in Oke-Ogun where you hail from, Oyo State and Nigeria at large,” the letter added