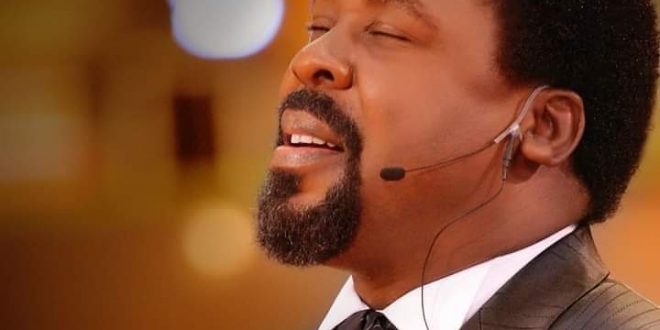 Details have emerged on how popular televangelist, Prophet TB Joshua, of the Synagogue Church of all Nations (SCOAN) died. Family sources said they met him dead sitting on a chair like someone in deep reflection, but he was dead.

Medically, this suggests he may have slumped, became unconscious and died without any trace of known ailment. A person that dies in this manner, according to doctors, could have suffered from seizure of the heart which leads to cardiac arrest, a silent killer known to have led to the death of millions of persons around the world. It is a major cause of death accounting for about 17 million deaths yearly across the world.

His wife’s account that he quit preaching suddenly and went into his office has fuelled the theory of medical scientists that he may have been a victim of cardiac arrest.

The wife Evelyn, explaining how he died said “

“He ended the race prayerfully. He spent about three hours in prayers before the last service on the mountain and was looking very healthy.

“He never showed any sign of illness or worry…

“Afterward, he came up to shower. Few Minutes later, he stepped out for ministrations. While MInistering, he spoke about a time to come and time to leave.

“His statements were spiritual and suddenly, he left the stage and went to his inner chambers.

I waited a few minutes and thereafter I decided to check on him. I met him sitting on the chair like someone reflecting but unconscious.

His disciples came and tried to revive him to no avail. Of a truth, he went home to be with the Lord and left us with a message: WATCH AND PRAY.”