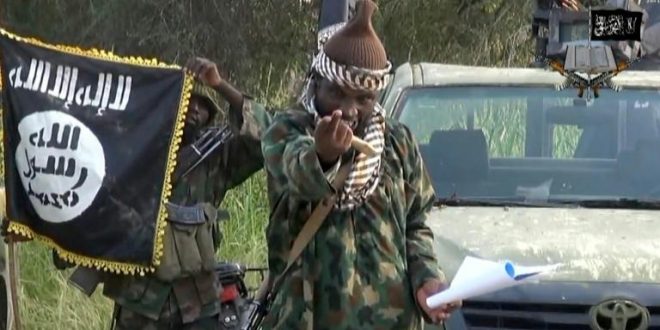 The death of Abubakar Shekau, a factional leader of the Boko Haram terror group has been confirmed by the Islamic State West African Province (ISWAP), a breakaway faction of the insurgent group.

Various reports last month said Shekau blew himself up on May 19 following a confrontation with ISWAP commanders who wanted to capture him alive.

According to a message obtained by HumAngle, Abu Musab Albarnawi, ISWAP leader, confirmed the death of Shekau.

Albarnawi described Shekau as “the leader of disobedience and corruption”, saying his fighters rejoiced at the news of his death.

The ISWAP leader said Shekau committed “unimaginable terrorism”, adding that he was apprehended “in the most humiliating manner”.

He added that Shekau blew himself up, saying the former Boko Haram leader preferred to be “humiliated” in the afterlife than on earth.

“This was someone who committed unimaginable terrorism. How many has he wasted? How many has he killed? How many has he terrorised? But Allah left him alone and prolonged his life. When it was time, Allah set out brave soldiers after receiving orders from Amirul Muminin (leader of the believers),” Albarnawi was quoted to have said.

Albarnawi said the confrontation against Shekau was ordered by the interim leader of the Islamic State of Iraq and Syria (ISIS), who accused the ex-Boko Haram leader of killing “believers”.

Shekau took over leadership of the terrorist group after the death of Mohammed Yusuf, Boko Haram founder, in 2009.

Shekau’s death, however, cannot be independently verified by this publication as he has been pronounced dead on at least four occasions in the past.

The Nigerian Army had also said it cannot confirm if Shekau is dead.

“We cannot confirm that he is dead. We’re still investigating. When we confirm, we will let you know,” Mohammed Yerima, army spokesperson said last month.